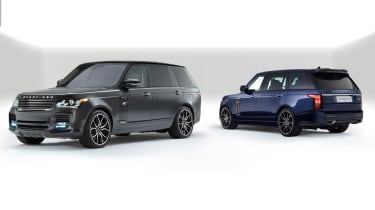 The Range Rover already has a vast array of factory customisation options – but what if you want your luxury SUV to be even more exclusive? Then head to Overfinch, which has just announced its latest special edition Range Rovers: the Manhattan Edition and the London Edition.

Overfinch has been modifying Range Rovers since 1975, often tuning the engines before adding exclusive touches to the interior and exterior. The London and Manhattan editions haven’t been touched underneath, and remain mechanically identical to the long-wheelbase Range Rovers that they’re based on. 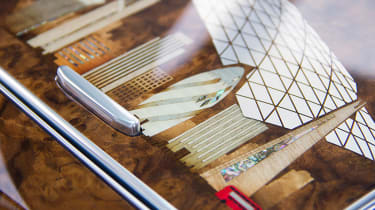 That means under the bonnet lies Range Rover’s 5.0-litre supercharged V8 engine, ensuring enough power to move these behemoths around. A carbon fibre grille and new tailpipes are subtle upgrades to the exterior styling, while the London Edition wears ‘Balmoral Blue’ paintwork and Overfinch badging.

It’s the interior where Overfinch has lavished the most attention, though. There’s no trendy aluminium or carbon fibre inserts – instead, there’s beautiful bespoke marquetry creating the images of London and Manhattan – hence the name.

Each car has 5,500 individual pieces of burr walnut veneer, and work on the panels took a staggering 250 hours per car. Perhaps that’s why these are one-offs. Still, the sheer work that’s gone into the interiors mean that the £250,000 price tag of these cars seems almost justified. That's around £90,000 more than the base price of the Bentley Bentayga - another super-exclusive SUV. 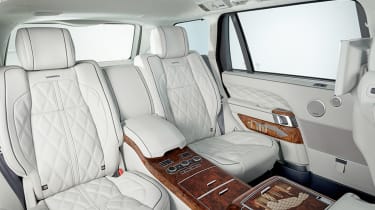 When the Range Rover was originally created, no-one could have predicted that it would leave the muddy fields and farm tracks it was designed for and spend so much time in the city. But the London and Manhattan editions celebrate this – making them perhaps the ultimate city cars.

Would you spend the extra to get a truly exclusive Range Rover? Let us know in the comments below...