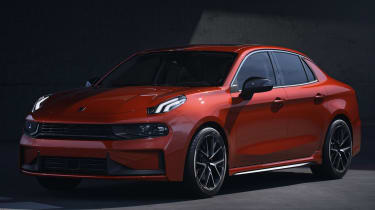 The final exterior design of the new Lynk & Co 03 has been revealed, being our first proper look at the fresh Volvo sister brand's first saloon and follow-up to the 01 and 02 SUVs.

The finished item keeps things very close to the 03 concept revealed at the Shanghai Motor Show last year, blending front and rear design cues from the brand's SUVs into a sportier proposition. At the front, the distinctive Lynk & Co face is found, but the overall design is far more aggressive than anything we've seen from Lynk & Co so far.

The 03 boasts a sharp crease along its waistline and silver trim running around the window. Intricate LED lights can be seen at the rear along with twin-exit exhausts and a pronounced lip spoiler. At the front we're given an even better look at the car's nose – including the split-level headlights with separate DRLs. 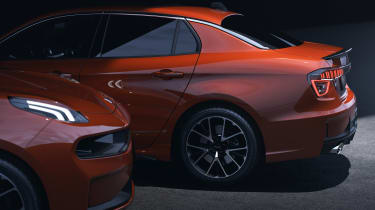 The 03 will use the Compact Modular Architecture platform co-developed with Volvo, which means that it’ll share its underpinnings with the XC40 SUV and the upcoming S40 saloon and V40 estate.

Using the Geely CMA platform, Volvo’s new 1.5-litre three cylinder petrol will be paired with a plug-in hybrid powertrain, and a 2.0-litre variant related to the unit used by the XC60 T8 will also feature. Lynk & Co has claimed that in testing, the 03 regularly achieves a pure electric range of 40 miles. A full EV is also possible, as the platform is being developed to support that technology.

We've not seen inside the 03 yet, but the concept gave us an idea of how the production car's interior might look, with a similar layout to that used in both the 02 and 03 and boasting digital instruments as standard. 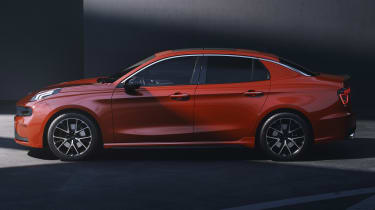 The company says its cars will be permanently connected online, so you can hook up to the car via a WiFi hotspot while out and about. In-car data will be free, for permanent connectivity.

In fact, the purchase process too will be entirely online, as part of a business model where all the car's features are standard and the car is sold at a fixed price, delivered to your door. Subscription models will also be available. 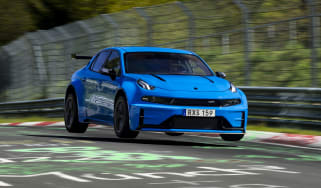