Production plans for the stunning Maserati Alfieri have been delayed, but now there's an electric version in the mix 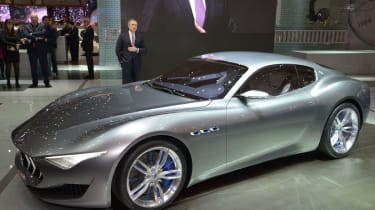 Sergio Marchionne revealed in an interview with the Bloomberg news agency, that an electric Alfieri could be launched some time after 2019 – even though reports say the petrol-powered version has already been delayed, and now isn’t likely to materialise before 2018.

The Porsche 911 and Jaguar F-Type rivaling Alfieri concept was launched to great excitement at the Geneva motor show back in 2014, but the word is that plans to launch a production version this year or next were pushed back. Some reports say that’s because Maserati sales of the Ghibli have been unsatisfactory, so more energy had to be put into the marque’s other potential volume seller – the Levante – instead.  The Maserati brand currently sells fewer than 40,000 cars annually, but the Fiat Chrysler business-plan demands sales of 75,000 by 2018. That means a replacement for the GranTurismo will likely arrive before the production Alfieri breaks cover too.

Named after one of the founders of Maserati, the Alfieri was introduced to Geneva Motor Show crowds by CEO Harald Wester, who proclaimed it “the future of Maserati.”

Speaking at the launch Wester described the Alfieri not as a replacement for the GranTurismo but as an additional model in the Maserati line-up. “It’s a completely different proposition – the Alfieri is not a GT, it’s the perfect size 2+2 sports car that could complete the Maserati range.”

The concept was based on a shortened version of the GranTurismo MC Stradale platform – about 24cm shorter – and powered by the same 4.7-litre naturally aspirated V8 as that car. It developed about 460bhp and was hooked up to a six-speed automatic gearbox. However sources suggest that when the production model arrives it will have a new generation platform related to the underpinnings of the new GranTurismo that’s potentially due to be revealed next year.

“The Alfieri is a transition point between 100 glorious years of history and the future that is opening up before us. I can’t honestly say that we’ll see this car in production in the next two years, but I’m certain we’ll see something very similar,” said Head of Design at Fiat Group, Lorenzo Ramaciotti, back in 2014. 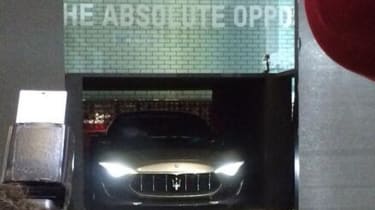