Rare McLaren F1 for sale with 149 miles on the clock 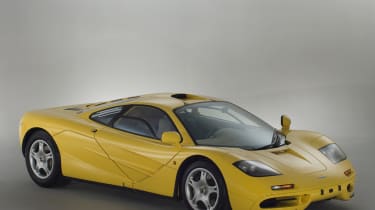 A unique McLaren F1 has gone up for sale with only 149 miles on the clock, making it the lowest mileage F1 on the planet.

Chassis number 60 was built by McLaren in 1997 and was put up online by classic car dealership Tom Hartley Jnr. The car is unregistered and hasn't been used on public roads; it's finished in Dandelion Yellow and still features factory protective wrapping in the cabin. 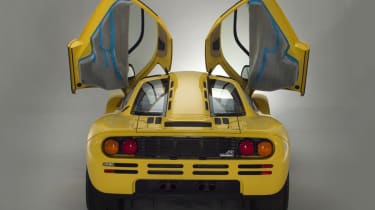 The 149 miles comes courtesy of McLaren’s pre-delivery testing, essentially making it a brand new car. The F1 comes with the original owner’s manual, a unique titanium toolkit, spare keys and an exclusive TAG Heuer watch with chassis number 60 engraved inside. Some features on the F1, including the steering wheel and a spare exhaust system have been adopted from the F1 GTR and LM respectively.

The McLaren F1 set the blueprint for the modern day hypercar. Only 71 examples of the car, which is powered by a 6.1-litre BMW V12 engine producing 618bhp, were built for road use. With a curb weight of 1,138kg, the F1 is capable of a top speed of 240mph. 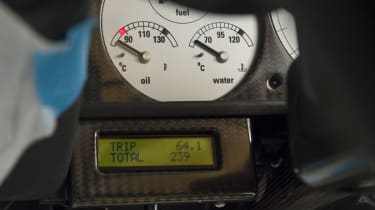 The F1 for sale does not have a price tag and is listed as 'price on application' (POA). It’s likely that it will sell well into seven figures, possibly fetching as much as £10 million.

What price do you think the McLaren F1 will sell for? Let us know in the comments section below...