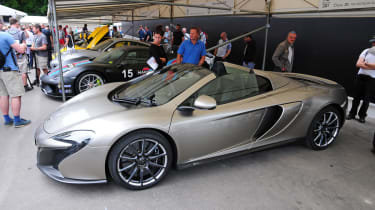 A McLaren Special Operations-developed 650S variant is to go on sale globally following a positive response to the MSO concept unveiled in China earlier this year.

Only 50 will be made, priced from £252,500 for the Coupe and rising to at least £272,500 for the Spider. The new limited-run McLaren has made its debut in Spider form at this weekend’s Goodwood Festival of Speed. 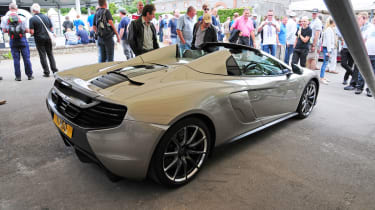 Satin-finished carbon fibre is used liberally across the exterior, including for the extended MSO Side Blades and centre of the three-piece rear bumper. There’s a more aggressive rear diffuser, too, plus 10-spoke ‘Palladium’ colours lightweight alloys, which feature a unique diamond cut effect on the inside of each spoke and save 4kg over the standard rims.

On top of the Coupe Concept’s ‘Agrigan Black’ metallic black paint scheme, the MSO 650S will also be offered in ‘Papaya Spark’ – a modern twist on the famous McLaren orange – and ‘Sarigan Quartz’, a new colour appearing for the first time at Goodwood.

Inside, MSO has added carbon black leather and Alcantara for the upholstery, and satin lacquered carbon fibre detailing appears once again throughout the cabin. Contrasting with this is a gloss finish for the air vents and Active Dynamics panel, while the branded sill panel stand out thanks to a signature dedication plaque.

If this isn’t enough to seal the deal, McLaren is also throwing in a Frank Stephenson-signed sketch and MSO-branded leather holdall with each bespoke 650S. 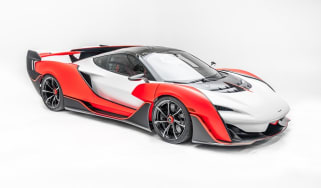 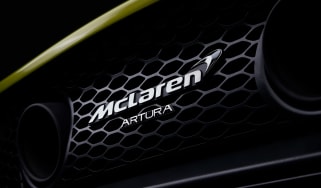