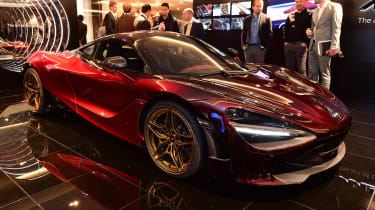 A bespoke version of the new McLaren 720S has been unveiled, showcasing some of the modifications that can be carried out by McLaren Special Operations.

The McLaren 720S Velocity “celebrates extreme performance”, and is finished in a two-tone red colour scheme. The front and upper body panels are finished in Nerello Red, and the bonnet is tinted carbon fibre in the same colour. This fades into a vivid Volcano Red on the sides and rear. 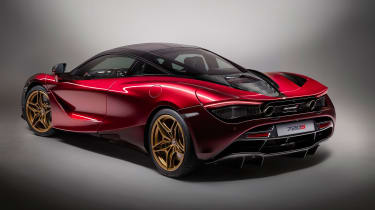 It is fitted with lightweight alloy wheels finished in metallic bronze and there is a range of carbon fibre parts. The interior is trimmed in carbon black Alcantara and had red leather detailing on the dashboard, steering wheel, doors and the car’s sports seats. 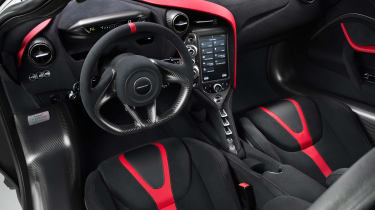 MSO chief Ansar Ali said: “The MSO mission is to fulfil customer desire for exclusivity in their choice of McLaren. The lean, sculpted beauty of the new 720S provides the perfect starting point for owners to be creative and the specification of this MSO 720S Velocity showcases a taste of the customisation options that are possible.”

As a complete car, the 720S Velocity costs in the region of £335,000 as an MSO commission and is one of five themes developed for the car. It joins the GT, Pacific, Track and Stealth designs, displayed at the Geneva Motor Show this week.

What do you think of the new McLaren 720S Velocity? Let us know in the comments below.

Welcome to our Geneva Motor Show hub page, scroll down for all our Geneva content...
McLaren 720S review 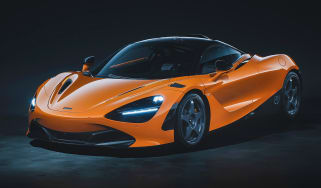