New McLaren GT by MSO to debut at Pebble Beach 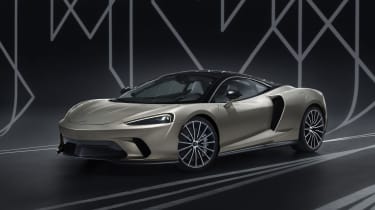 McLaren Special Operations will bring a unique version of the new McLaren GT to this year’s Pebble Beach Concours d’Elegance to showcase the grand tourer’s range of customisation options. Called the McLaren GT by MSO, it will feature on the event’s Concept Car Lawn on Sunday 18 August.

McLaren claims this specially commissioned GT draws inspiration from British architecture, with a colour palette and design features lifted from the London cityscape. The bodywork is finished in a newly developed MSO Defined Flux Silver, while the side skirts, front splitter, rear diffuser and wing mirrors are painted in a contrasting MSO Bespoke Satin Graphite.

Inside, the McLaren GT features a pair of carbon fibre shift paddles, leather upholstery, a set of MSO floor mats and an electrochromic roof. The seat backs, door cards, sun visors and armrests are also finished in MSO’s Bespoke Geoform Stitching, which McLaren claims is inspired by the geometric canopy design of the British Museum. 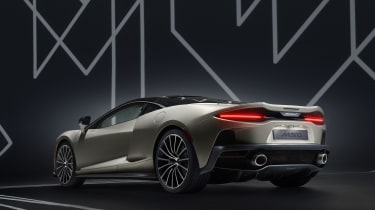 It’s powered by the same twin-turbocharged 4.0-litre V8 engine as the standard McLaren GT, producing 612bhp and 630Nm of torque. Power is fed to the rear wheels via a seven-speed automatic gearbox and McLaren claims a 0–62mph time of 3.2 seconds, a 0–124mph sprint of nine seconds flat and a top speed of 203mph.

Deliveries for the standard McLaren GT will commence this autumn, with prices starting from £163,000. As with all McLaren vehicles, owners will be given the option to outfit their GTs with a range of MSO options at the time of purchase.

What are your thoughts on the new McLaren GT by MSO? Let us know in the comments section below…

The new Porsche 911 Turbo S and the McLaren GT offer a different take on grand touring. We put the pair through their paces
Ford GT updated for 2020 with 651bhp and new soundtrack 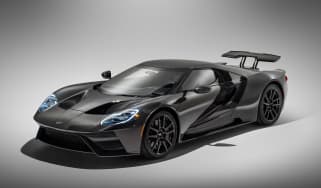 Ford GT updated for 2020 with 651bhp and new soundtrack