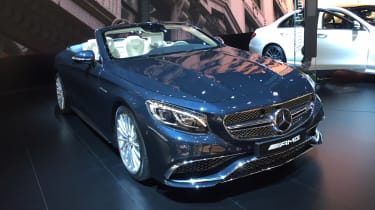 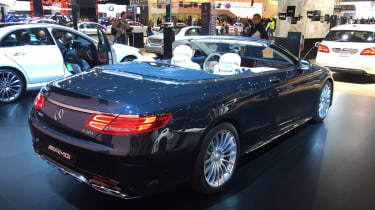 It will go on to the same electronically-limited top speed of 155mph, but you can pay Mercedes to remove the speed limiter if you really feel the need. A seven-speed automatic gearbox is standard, and you can switch to manual or sport modes (which shortens shift times).

There's little to distinguish the S 65 from the S 63, but you do get more chrome around the front bumper air intakes, V12 badged around the car and new alloy wheel designs. The fabric roof is available in four colours: red, blue, beige and black. You can open it at speeds of up to 30mph, taking about 17 seconds.

The S 65 Cabriolet's body has the same rigidity as the Coupe version, thanks to the aluminium and magnesium used in its construction. There's a new type of battery that saves 20kg of weight, too. 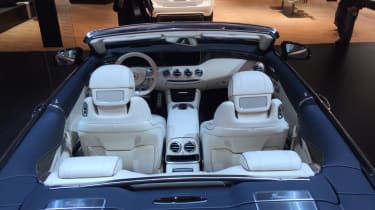 Sports-focused air suspension is standard on the S 65, with variable damping and the choice between comfort or sport setups. Ceramic brakes are optional, along with red calipers - both fit under the car's standard 20-inch alloy wheels.