New front-engined Naran hypercar will reach the UK next summer, and it’ll be followed by an off-road ‘Safari’ variant 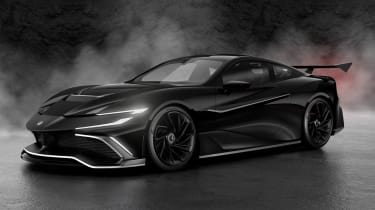 Naran Automotive has released a few more details about its first car, the Naran. It’s a front- engined, 1,034bhp, GT3-inspired hypercar, which has been designed to rival the likes of the McLaren Speedtail and Aston Martin Vulcan.

Production of this particular model will be limited to just 49 examples. However, the company has already made plans for a run of 59 further cars that will be totally unique to their buyers, a V12-engined model and an off-road focussed ‘Safari’ variant – all of which will be released within the next four years.

The company has given a rough starting price of £900,000, extending up to £1.6 million with extensive customisation options chosen.

The project is funded by the Indian-Zimbabwean businessman Ameerh Naran. He’s supported by former Jaguar Land Rover engineer Steve Pegg, as well as automotive designer Jowyn Wong – who is best known for his work on the Apollo IE.

Unlike most hypercars, the Naran’s engine is mounted up front rather than over the rear axle. However, it’s a front-mid setup, meaning the engine sits behind the front axle rather than directly over it. This should improve the car’s weight distribution.

To help keep development costs low, Naran Automotive has partnered with BMW on the Naran, repurposing and re-engineering some of the German brand’s engine, chassis and electrical architecture for its new hypercar.

The Naran’s crash structure is shared with the BMW M8, although the front chassis and subframe have been specially developed for the project to allow the engine to be mounted in a front-mid configuration.

Aside from not being mid-engined, the Naran’s design follows the traditional hypercar rulebook, sporting a low nose, flared haunches and an enormous rear wing. The company also says that much of the car’s body is made from a blend of carbon fibre and natural flax, which help to keep its kerb-weight below 1,500kg. 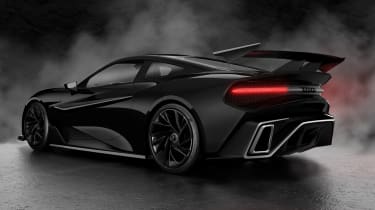 Naran Automotive also says that the car’s various wings and aero appendages are more than just for show – at speed, the Naran will generate a claimed 1,377kg of downforce, which is more than what a GT3 racer can muster.

When asked if there was any chance of Naran Automotive following Ferrari and Lamborghini into the SUV market, Ameerh Naran said: “None. We’re doing an off-road version of the same size, though. Think 911 Safari – that’s our idea of an SUV. If we do off-road cars, it’ll be just an off-road version of a high performance car.

Ameerh kept most of the project’s specifics secretive for the time being but, from what we understand, the upcoming Naran “Safari” will share the same body as the road-going variant, but feature a jacked-up suspension system, some bigger wheel arches and a tweaked version of the standard car’s four-wheel-drive system.

However, it’s customisation where the Naran really gets into its stride. The company’s options list for the current car is exhaustive, stretching to bespoke paint finishes, a choice of exterior trim and a broad range of upholstery finishes for the cabin.

If they’ve got the money, buyers can even have personalised engravings on the underside of the engine’s pistons – and Naran Automotive will allow its customers to give their cars their own unique model name, drawing on a convention normally reserved for luxury yachts.

The car’s 1,034bhp twin-turbocharged 5.0-litre V8 engine starts life as a BMW unit - the same 616bhp 4.4-litre unit used in the BMW M8. To add more than 400bhp to the engine’s output, specialist Racing Dynamics strip the block back to its bare bones, increase its capacity and fill it with strengthened forged components.

The engine has a torque figure of 1,036Nm, and despite the drastic increase in performance over the standard BMW engine.

Like the M8, the Naran’s engine is hitched to an adaptive all-wheel drive system, which sends power to all four wheels under standard running conditions. However, the Naran also comes with a setting which can send 100 per cent of the engine’s power to the rear wheels, for what the company calls a “more challenging driving experience.”

The Naran’s V8 engine will be followed by a V12 option in the near future, which the company has also borrowed from BMW. It’ll be a heavily uprated version of the 6.75-litre engine used by Rolls-Royce.

What do you make of Naran Automotive’s new hypercar? Let us know in the comments section below… 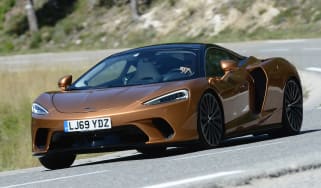 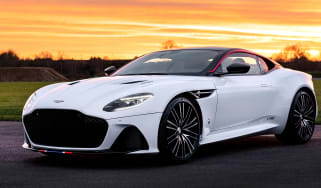 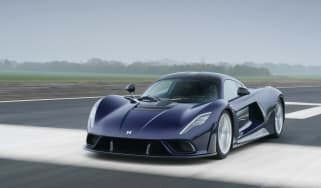 Hennessey has launched the new Venom F5, which the firm says will complete a new top speed run next year at a targeted speed of 311mph
New track-ready Lamborghini Huracan STO unveiled