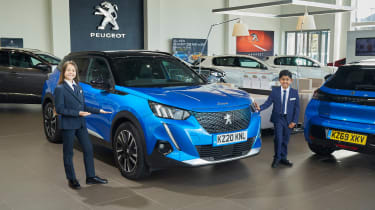 Children are pushing their parents to buy electric vehicles, a new study has suggested.

Some 67.8 per cent of children say they believe electric and plug-in hybrid cars are good for the planet, with 55.3 per cent of parents admitting their children would like them to buy an EV.

The data came from a survey of 1,250 children - aged between seven and 12 - and their parents or guardians, conducted by Peugeot. It revealed 54.2 per cent of children have tried to get their parents to be more environmentally friendly by recycling or reusing items, as well as by purchasing an electrified vehicle.

Interestingly, 72.2 per cent of children surveyed said they are consulted or involved in the purchases their parents make, including buying a new car.

David Peel, managing director of Peugeot UK, said: “It’s great to see the next generation of car buyers so interested in full electric and plug-in hybrid vehicles, and to know that they understand the positive impact these vehicles have on the environment.

“With this in mind, it’s really positive to see through our research how influential children are in the purchase decisions their parents make.”

Peugeot intends to offer an electrified option for every model in its range by 2023. The 508 hatch and 508 SW estate are already available to buy as plug-in hybrids, while the 3008 can also be ordered with a PHEV powertrain, alongside pure-EV versions of the 208 hatch and 2008 SUV.

There are more electric cars than ever to choose from, so we've picked some of the best you can buy in the UK now
New 2022 Porsche Macan EV leaked 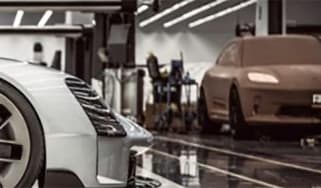