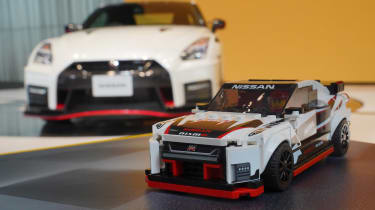 You can now own a Nissan GT-R NISMO, in Lego form, thanks to the latest tie-up between the Danish construction toy conglomerate and a leading car manufacturer. Lego Group CEO Niels B. Christiansen and Asako Hoshino, executive vice president at Nissan, launched the new model at Nissan’s global headquarters in Yokohama.

The Lego Speed Champions Nissan GT-R NISMO, to give it its full name, pays tribute to the legendary supercar, and will be available globally from January 2020 - not quite in time for Christmas. Aimed primarily at children, the new model consists of 298 pieces and wears the familiar black, white and red NISMO livery.

Niels B. Christiansen said: “In addition to offering a wonderful and fun building and play experience, we hope the model will also inspire children to learn more about engineering and how to create things in real life. Just as engineers across decades have improved the design and performance of this car, children build, unbuild and rebuild during play – stimulating and developing crucial skills, such as creativity, resilience, problem-solving and critical thinking. Inspiring them to become the builders of tomorrow is our mission.” 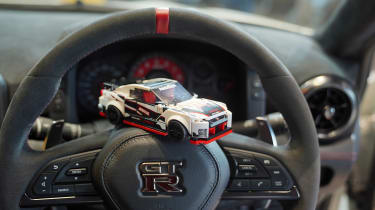 Lego reckons an ‘expert’ builder can complete the model in 20 minutes, compared to an hour for a ‘normal’ builder. Being part of the Speed Champions series means it is smaller and less intricate, and therefore is likely to be less expensive than many other Lego sets, which means that adults may also be forgiven for picking this one up.

Lego also announced that the Lego Speed Champion sets launched from 2020 onwards will be more realistic than ever, as well as 25% bigger. Prices have yet to be announced but we can be confident that, as usual, the Lego kit will come in considerably less expensive that the car on which it is based. The latest 2020 version of the Nissan GT-R NISMO costs £174,995 and produces 592bhp from its 3.8-litre turbocharged V6 engine. The Nismo version receives comprehensive revisions over the standard car with a Brembo braking system featuring carbon ceramic discs and a full body kit that’s faithfully recreated by the new Lego model.

What's your favourite Lego car model? Let us know in the comments section below...