The life size LEGO Bugatti Chiron you can actually drive

LEGO has revealed a 1 million-piece Bugatti Chiron with 5.3 horsepower 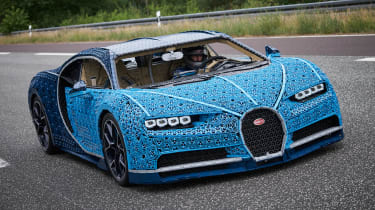 Danish toy maker LEGO has followed up its 3,599-piece Bugatti Chiron model with a life-size replica of the hypercar made from 1 million LEGO elements. Taking 13,438-man hours to develop and construct, the LEGO Chiron weights 1,500kg and is estimated to produce 5.3 horsepower and around 92 Nm of torque.

Performance is delivered through a powertrain made from 2,304 LEGO Power Function Motors and over four thousand gears. It also comes with a detachable steering wheel, speedometer and a fully functional rear spoiler all built from LEGO TECHNIC elements. The wheels however, are genuine Bugatti items.

• How was the 3,599-piece LEGO Bugatti Chiron designed?

All this meant Andy Wallace (the same driver who drove the real Chiron during its high speed testing) reached speeds in excess of 12mph at the Ehra Lessien proving ground in Germany. Which, even though it is some way short of the 261mph top speed of the actual Chiron, is impressive for a LEGO car assembled without any glue-based help.

While there don’t appear to be any plans to make an off-the-shelf Chiron kit the public can buy, the LEGO Chiron is making its public debut at the Italian Grand Prix circuit in Monza, today. There has been no mention on how much the project cost, but with 1:8 scale model costing £330, don’t expect it to be cheap.

Would you drive a LEGO car around town? Let us know in the comments below... 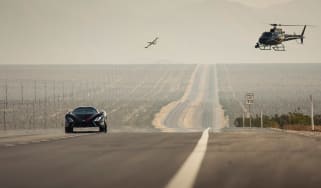 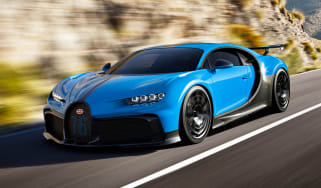 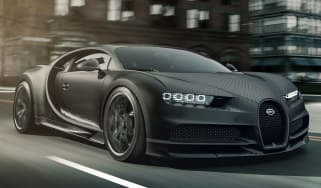 Bugatti has launched a special edition version of the Chiron, finished in exposed carbon fibre and priced at £2.56 million
Bugatti Chiron SuperSport 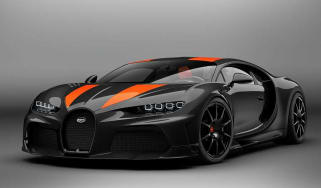