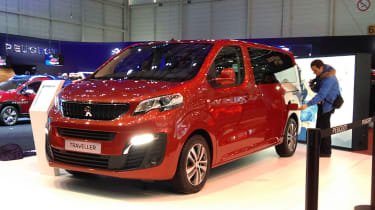 Peugeot has revealed its new Traveller MPV at the 2016 Geneva Motor Show. It will go on sale later on in the year, and joins the Citroen SpaceTourer which is based on the same platform.

It's part of a trio of models that also includes the Toyota Proace, with all three sharing similar slab-sided styling and spacious interior dimensions.

You can buy a Traveller in three forms: 4.6m XS, 4.95m M or 5.3m XL. The different sizes mean you can have five, seven, eight or nine seats. There's also up to 4,900 litres of boot space with the back seats removed. 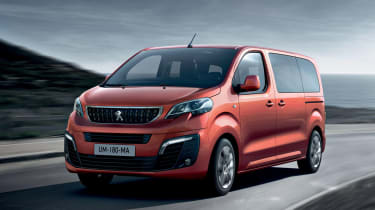 Four engines are available in the MPV, just like in the Citroen SpaceTourer. Two 1.6-litre diesels offer 94bhp and 113bhp, and claim 51.3mpg and 55.3mpg respectively. You can also get a stop/start version of the lower-powered engine which boosts official economy to 54.3mpg. CO2 emissions for the smaller engines range from 133g/km to 144g/km. 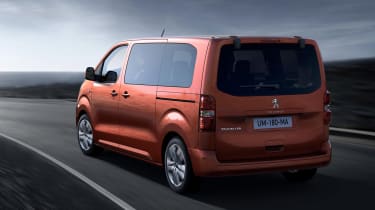 Two 2.0-litre diesel options complete the range with 148bhp and 178bhp. These emit 139g/km and 151g/km respectively, and claim 53.2mpg and 48.7mpg. You can have your Traveller in Active, Allure, Business or Business Plus trim levels.

Hands-free electric side doors are included on the kit list, as are Apple CarPlay and MirrorLink connectivity on a seven-inch tablet-style touchscreen. Plus, there are option packs that include a 180-degree overhead view for parking and a driver attention alert system.

Which do you like more, the Citroen SpaceTourer or this Peugeot Traveller? Let us know below... 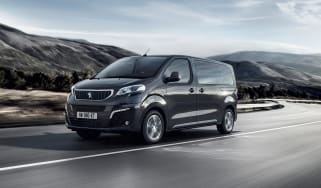