Chinese manufacturer Qoros will start selling cars in Europe in around two years, with premium prices 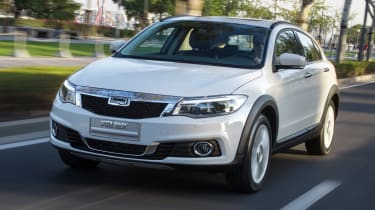 Aspiring Chinese car company Qoros has revealed it will arrive in Europe within the next two years.

In a candid interview with Auto Express, Qoros’ new CEO Phil Murtaugh said that the company is currently mapping out its European arrival and hinted that the UK is high on its agenda.

“We are absolutely coming to Europe,” said the straight-talking American, but he caveated the statement with “we are a small company” and “our primary focus has to be on China in the short term”. 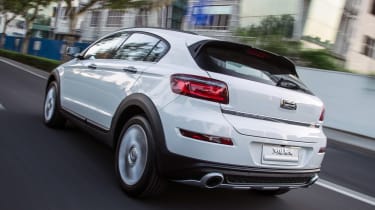 He said: “We’ve got to get China right first - if we don’t get it right then who will buy one in Europe?”

Murtaugh admitted that while he has to make Qoros successful in China before taking on the Europeans at their own game, he would not follow in the footsteps of other failed Chinese attempts at building cars for Europeans by being too China-centric. He pointed to how Qoros has an international management team who have “great experience” in European markets.

Qoros could be arriving in Europe as soon as 2017, with a focus on central countries like Germany to begin with.

“We are not looking at five years but a couple of years. If I can get it right in Germany, I have the rest of Europe covered.”

Murtaugh also hinted that while he has no specific date for a launch in the UK, the strength of the UK new car market would be hard to ignore and is of major interest - but the sums have to add up. 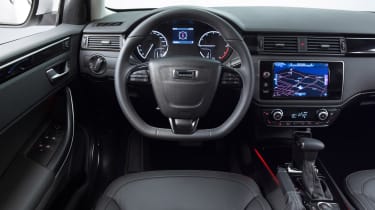 “The answer today is no because I don’t have right-hand drive,” he admitted. “We have to look at all right-hand drive markets – not just the UK – and make sure we enter them successfully.”

Qoros would launch in Europe with its 3 Hatch and the Mercedes GLA-rivaling 3 City SUV launched at this week’s Geneva Motor Show. Styled by ex-MINI designer Gert Hildebrand, the Hatch is currently on sale in China and available with two 1.6-litre turbocharged petrol engines and packed with a long list of standard kit including an eight-inch touchscreen with access to internet services. Murtaugh also said that when they come to Europe, the cars would be priced head-on with the likes of premium hatchbacks.

When asked if the Hatch would be priced cheaper than a Golf, Murtagh said: “It’s too early to tell but I think not. We have to price head-to-head and beat them [European car brands] up. My experience in China is that if you price too low you’re telling people the product isn’t any good.” 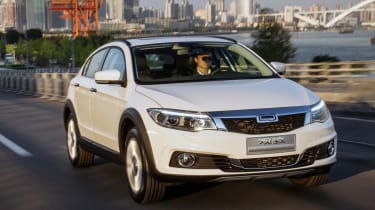 The product range wouldn’t stop there, though. The 3 Hatch and City SUV would likely be joined by B- and D-segment offerings soon after.

Murtaugh was also adamant that Europe and the US will experience Chinese brands soon. He said: “China will come to Europe; China will go to the US - no question.There is a lot of interest in Qoros and us talking about our vision of a Chinese company building globally competitive products in terms of quality, safety and refinement, but also a lot of dubious media out there that this is just another Chinese company. Up until now, Chinese products haven’t met with Europeans’ expectations.”