Renault’s new Kangoo Z.E. van boasts a range of 170 miles and will cost from just over £14k with the Government’s Plug-in Van Grant 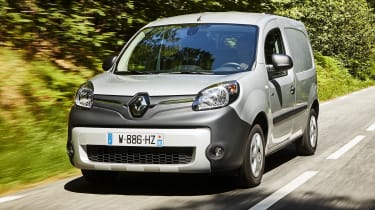 Renault has unveiled a new version of its electric Kangoo van, boasting a 50 per cent improvement in range compared to the previous model.

Powered by a new 33kWh battery, the Renault Kangoo Z.E. 33 has a range of 170 miles - up from 106 miles - from a single charge, although the French manufacturer anticipates that this will drop to 124 miles in the real world. It also estimates a further drop to between 75 and 99 miles in colder, winter temperatures.

Prices start from £14,194.67 - a figure which takes into account the Government’s Plug-in Van Grant - although those wishing to buy the vehicle’s battery outright will see prices begin at the £17,741.34 mark. Order books are open now, with first deliveries due in November. 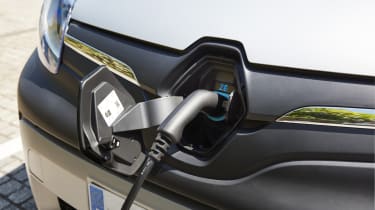 Available in four body styles, the Kangoo Z.E. 33 can be charged via a 7kW AC charger from flat in around six hours, with a 21-mile ‘top-up’ taking two hours. All models produce 59bhp and 225Nm of torque - in part thanks to a more efficient, 44kW R60 motor - and the lightest base model will do 0-62mph in 20.6 seconds. The heavier variants - the Maxi Van, Maxi Crew Van and Maxi Crew Cab Van - take slightly longer at 22.3 seconds, eventually reaching a universal top speed of 81mph.

In its standard form, the Kangoo Z.E. 33 is fitted with two seats and 3.6m3 of loading capacity, however customers can alter this to up to five passengers or a maximum cargo volume of 4.6m3 depending on spec.

Renault claims the Kangoo Z.E. 33 has the longest range of any pure electric van, and says a 10 per cent range boost can be achieved by selecting the ‘Permanent Eco Mode’ option at £150. Other options include a rearview camera at £600, parking sensors priced at £200, cruise control for the same figure, and an air conditioning system with a heat pump and pollen filter for £965.

Are you tempted by the new Renault Kangoo Z.E. 33? Let us know below!