Top of the range Renault Koleos Initiale Paris starts at £36,700, featuring semi-autonomous tech and a 13-speaker sound system as standard 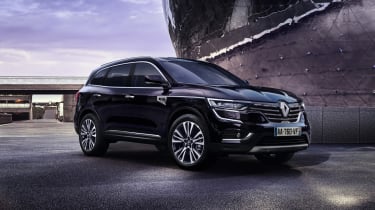 An 8.7-inch infotainment screen is found in the cabin with Apple CarPlay and Android Auto compatibility, plus built in satellite navigation. An automatic tailgate is also equipped, operated by either the key card or by a sensor fitted underneath the rear bumper for hands-free opening. Elsewhere, automatic full LED headlights, rear parking sensors and a reversing camera, and automatic dual-zone climate control make the cut. 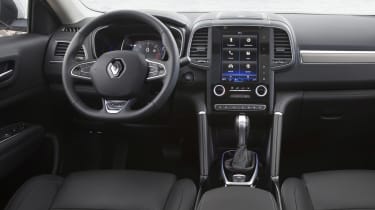 The Koleos Initiale Paris model gets Renault’s latest driver assistance technologies as standard. Along with automatic emergency braking, the range-topping Koleos is equipped with blind spot warning, lane departure warning, traffic sign recognition and hill start assist. Cruise control with a speed-limited function is also a part of the package.

Power comes from a 2.0-litre turbo-diesel engine producing 174bhp and 380Nm of torque – the Koleos’ range-topping engine. All-wheel-drive and a seven-speed automatic transmission is standard kit. 0-62mph takes 9.5 seconds, while top speed comes in at 125mph.

At £36,700, the Koleos Initiale Paris is around £800 less than the top spec Nissan X-Trail, which is built on the same platform as the Renault and shares the same powertrain. It’s also £3,745 cheaper than the 178bhp Ford Edge Vignale and £420 less expensive than the range-topping Skoda Kodiaq. Orders for the Initiale Paris are being taken now ahead of first deliveries this spring.

Does the Renault Koleos Initiale Paris represent good value for money? Let us know your thoughts below...