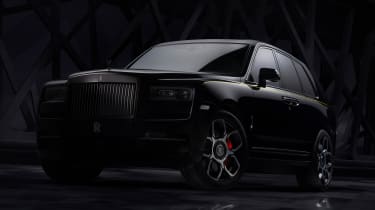 Rolls Royce has released a special edition version of its first ever SUV, called the Cullinan Black Badge.

Like other Black Badge Rolls-Royces It features a redesigned, blacked-out exterior styling package, a retrimmed interior (finished almost exclusively in black leather) but also some mechanical revisions, most notably more power. It’s available to order now by commission only.

While buyers can have their choice of 44,000 off-the-shelf paint finishes, Rolls Royce anticipates that most Cullinan Black Badge owners will spec their vehicles in its newly developed signature Black paint, which the firm claims is applied, cured and then polished ten times by hand to achieve the desired finish. 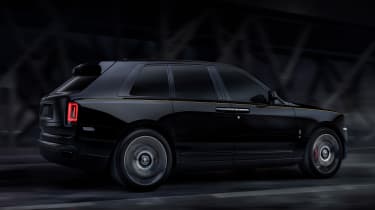 It’s powered by a tuned version of the standard Cullinan’s twin-turbocharged 6.75-litre V12 engine which, thanks to a mild ECU reflash and a fresh exhaust system, produces an extra 28bhp and 50Nm of torque – taking the total figures to 592bhp and 900Nm of torque. Like the standard SUV, power is sent to all four wheels via an eight-speed automatic gearbox.

Rolls Royce has also reworked the Cullinan’s chassis setup by fitting a set of redesigned vented brake discs and implementing a handful of changes to the SUV’s suspension components, drivetrain and four-wheel-steering system. The Cullinan’s throttle response has also been sharpened and its brake pedal travel decreased.

Like all special-order Rolls-Royces, the firm has not publicly issued a price, but the Black Badge Cullinan will cost comfortably north of the £250,000 asking price for the initial launch version of the SUV.

What do you make of the new Rolls Royce Cullinan Black Badge? Let us know in the comments section below… 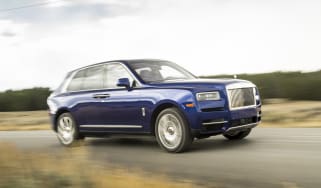