V12 power and coupe-like refinement for new Rolls-Royce Dawn soft-top, which has been revealed in Frankfurt 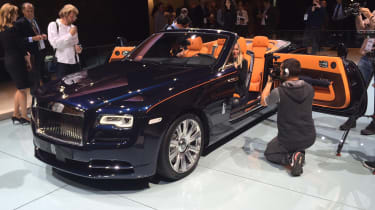 The hubbub surrounding Rolls-Royce’s future SUV is huge, but before we see a new chapter in the brand’s history, there’ll be a new Dawn for Rolls – and this is it.

The Rolls-Royce Dawn is a luxurious new four-seater convertible, and Auto Express caught up with design director Giles Taylor to take a closer look prior to its debut today at the Frankfurt Motor Show.

Although it uses the same underpinnings as the Wraith coupe – the most driver-focused Rolls ever – Taylor is quick to point out that the Dawn isn’t simply a Wraith with no roof. “The first decision we made was to treat it as a car in its own right,” he told us. “That meant there were a few challenges. 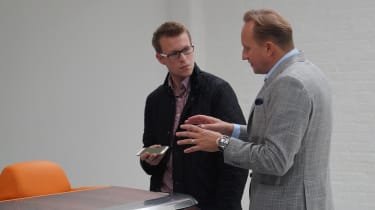 “The key was to get the deck as low as possible to give a long, sleek elegance with the hood down. Once this was right, the design flowed naturally.”

Focus on the details and it’s clear to see what Taylor is talking about. Although its proportions are similar to the Wraith’s, the rising line over the rear wheelarch – highlighted by that orange pinstripe – contrasts to the Wraith’s falling shoulder, which brings Taylor to his next key point.

“You want to be seen in a car like this, but we’ve kept the rear deck quite high as we like the sense of privacy that comes with it,” he said. “It circles rear occupants with a cocooning feel so you’re held within the car, but you can still see enough of the interior.” 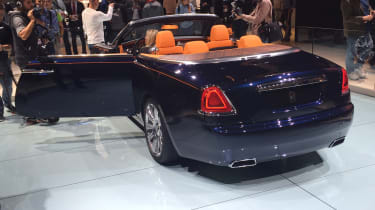 The cabin is mostly shared with the Wraith, and quality is exceptional – as you’d expect of a car that’ll cost £250,000 or so. But the Dawn isn’t just a styling exercise. Lots of engineering effort has gone into making it incredibly refined. In fact, Rolls believes this will be the quietest cloth-roof car on sale, so you’ll only get a hint of noise from the Ghost-sourced 6.6-litre turbo V12, as the Dawn is more of a boulevard cruiser than the Wraith.

While the car’s underpinned by modern tech, the name reaches deep into the brand’s history. “It was never going to be called the Corniche as we didn’t want the baggage that went with that,” said Taylor. It’s another new step for Rolls, then, and like the original 28 Dawn convertibles of the fifties, it’ll certainly be exclusive when it arrives next year.

Rolls-Royce coachbuilding return is on the cards 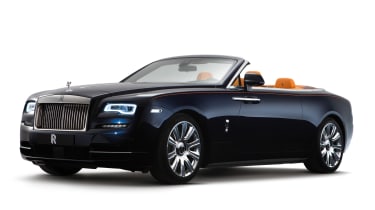 Rolls-Royce could be about to offer a coachbuilding option through its Bespoke service. So far Bespoke has concentrated on exclusive designs and finishes on the firm’s models, and producing cars like the one-off Phantom Serenity concept exhibited at this year’s Geneva Motor Show.

“It’s something we’d like to do,” Rolls-Royce design director Giles Taylor told Auto Express. “If a customer comes in and asks us to put some new metal on our spaceframe chassis, perhaps it’s something we should look at.”

Now read our round-up of all the latest news from the Frankfurt Motor Show 2015. 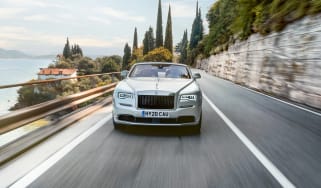 New Rolls-Royce Dawn Silver Bullet looks 100 years into the past to evoke spirit of historic roasters; just 50 examples will be produced
New 2021 electric Hyundai 45 SUV spied for the first time