30 people spent 1,500 hours restoring classic 600 that had been sitting for 25 years, revealed ahead of Barcelona Motor Show 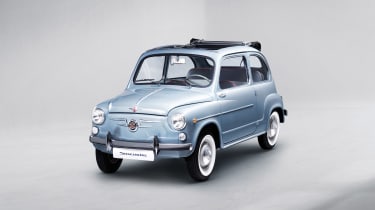 SEAT is celebrating the 60th anniversary of what it calls "the car that put Spain on wheels", and the iconic 600 is getting a fitting tribute. A fully restored 600 convertible will be exhibited at the Barcelona Motor Show, having been left unused for 25 years.

A team of 30 people painstakingly took apart and restored, or replaced, more than 1,000 parts over 1,500 hours. The little SEAT was built in 1965, but following a private buyer's ownership it was left unused for 25 years, which meant extensive mechanical, body and electrical work had to be completed. 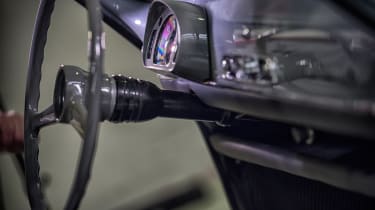 Inside the 600 is 50 metres of bespoke 'houndstooth' black and white fabric, while the original steering wheel and horn button have remained intact. The manually sliding roof has also been hand restored. Project head Angel Lahoz claims the result is "almost better than when it originally left the factory" 52 years ago.

Made by SEAT under licence by Fiat - with clear origins to the legendary 500 - the 600 was built for 15 years, during which time 800,000 were sold. The restored 600 will make its debut at the Barcelona Motor Show this week.