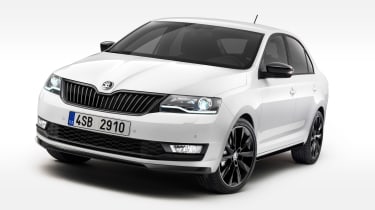 Following in the footsteps of the recently updated Citigo, the Skoda Rapid has received a mild facelift, gaining a refreshed look, new technology and a new engine option. The updates apply to the Rapid Spaceback model also.

The design changes are kept to a minimum. A slightly altered front apron gets new fog lamps, which is joined at the front by a new chrome strip connecting the headlights. Black tinted taillights now feature, alongside a handful of new alloy wheel designs in sizes of 15, 16 and 17-inches. 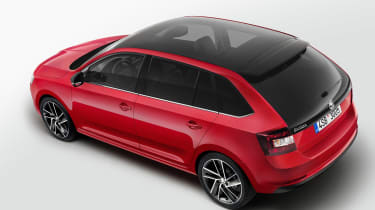 Smart bi-xenon headlamps and daytime running LED lights, which can detect lighting conditions and dim or enhance automatically, are now an option.

Under the bonnet the Rapid gains a 1.0-litre three-cylinder TSI petrol option, available with either 94bhp or 109bhp. 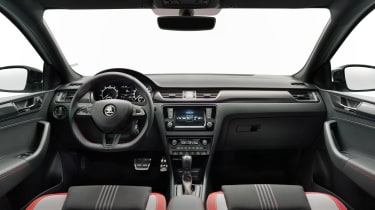 In the cabin, the Rapid gets new door inlays, new vents, new instruments, and redesigned switchgear for the air-conditioning controls. New optional Skoda Connect services including live traffic information and CareConnect support make the cut, alongside new USB ports in the back so rear seat passengers can charge devices such as smartphones. The new Rapid and Rapid Spaceback models will debut at the Geneva Motor Show early next month.

What do you think of the updated Skoda Rapid? Leave your thoughts in the comments section below.