Japanese brands Mazda, Toyota and Denso team up to develop electric vehicles together in new venture 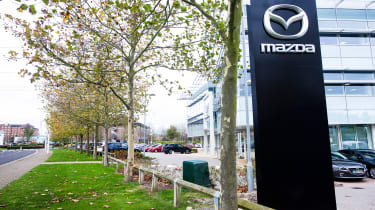 Toyota and Mazda have entered into a new joint venture with automotive technology company Denso to develop new electric vehicles.

The deal has resulted in the creation of a new company called EV Common Architecture Spirit, which is made up of full time engineers from each of the three companies. Toyota owns a 90 per cent stake in the new company, while Mazda and Denso take five per cent each.

With many countries and regions clamping down on internal combustion engines to help reduce emissions, the deal has been struck in response to the growing appetite for electric vehicles.

The new company has confirmed it will develop a wide range of battery-powered models including Japanese micro cars, conventional passenger vehicles, SUVs and light trucks. The company has also claimed it will “ensure flexible and rapid response to market trends”.

As Toyota holds most of the power within EV Common Architecture Spirit, its new TNGA platform – which underpins models such as the Prius and CH-R – will form the basis for many of the new EVs. However, each electric vehicle produced will be developed so that it is recognisable as a Mazda or Toyota.

The new company remains open to the idea of the future involvement of other manufacturers and suppliers.

What do you make of the deal between Toyota, Mazda and Denso? Tell us below!