Amazon has ordered 100,000 fully electric delivery vans from US startup company Rivian at a cost of $5 billion 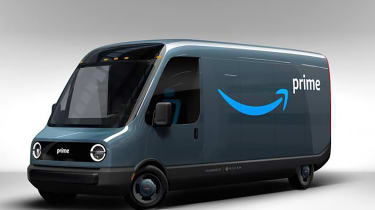 Amazon has placed the largest electric vehicle order ever, with the firm announcing it will take delivery of 100,000 fully electric delivery vans from US automotive startup firm Rivian in a $5 billion deal.

The purchase is part of Amazon’s new climate change plan, which company CEO Jeff Bezos announced on Thursday 19 September at an event at the National Press Club in Washington D.C.

The scheme will see the online retail giant using 80 per cent renewable energy by 2024, rising to 100 per cent by 2030, by which time all 100,000 of the Rivian vans will have been deployed. In the build-up to this, the vans will start delivering packages to customers in 2021 and 10,000 of them will be on the road by 2022. In addition, Amazon will help its suppliers to decarbonise their fleets and businesses.

The news follows a similar move by Amazon in February when it led a $700 million investment round in Rivian. The startup also benefited from a $500 million investment from Ford in April as part of a deal that will see the two automotive firms collaborate on a new electric vehicle.

Rivian has already announced two models of its own – an SUV called the R1S and a pick-up truck called the R1T, the platform for both of which will likely be used for the new electric van. The firm is also planning a rally car-inspired design for its next model.

“We’re done being in the middle of the herd on this issue—we’ve decided to use our size and scale to make a difference,” Bezos said. “If a company with as much physical infrastructure as Amazon—which delivers more than 10 billion items a year—can meet the Paris Agreement 10 years early, then any company can.”

What do you make of this record-breaking EV order? Let us know in the comments below...