The Vauxhall Combo Life MPV comes with either five or seven seats, and will arrive in the UK towards the end of the year 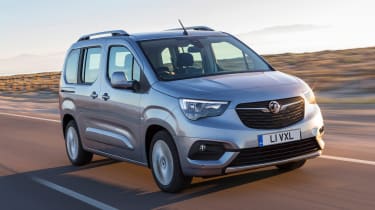 Vauxhall has revealed full prices and specs for the new Combo Life. Available to order now, the van-based MPV is priced from £20,530. It lines up alongside two PSA stablemates – the new Citroen Berlingo Multispace, and Peugeot’s Partner Tepee replacement.

That price buys you the Design trim - the lower of two levels. As standard, it gets air conditioning, a DAB radio and Bluetooth connectivity. The top spec Energy trim adds an eight-inch touchscreen infotainment system, 16-inch alloy wheels and parking sensors all round. Like-for-like, the Energy costs £1,440 more than the Design.

Optional extras include a rear-view camera with a 180-degree bird’s-eye view, a head-up display, and heated steering wheel and front seats. It’s not short on safety tech either - forward collision warning with automatic emergency braking, traffic sign recognition, lane keep assist, and a flank guard that warns of impending side scrapes during low speed manoeuvres are all available. 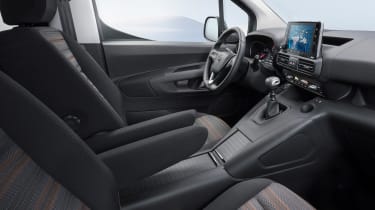 The Combo Life is available with in both standard and XL sizes. Priced from £21,430, the XL is 25cm longer and offers an enormous 850-litre boot. The standard model’s 597-litre space is still approximately the same size as that of a Volkswagen Golf Estate, though the Vauxhall’s van-sized rear hatch gives easier access. Fold the seats down, and the volume grows to 2,126 litres for the standard model, and 2,693 litres for the XL.

From £22,630, the Energy trim is also available as a seven seater. The third row seats are removable to maintain boot space, while the second row in all models has three individual chairs that fold flat. While the centre seat in the second row is slightly narrower than the outer pair, there’s still space for three child seats beside each other, all of which can be secured with Isofix brackets.

The entry-level model is powered by a 108bhp 1.2-litre turbocharged petrol engine, which along with a pair of diesels completes a three-strong lineup. A 1.5-litre diesel unit is offered with two outputs - a 99bhp version that manages 67.3mpg, and a 65.7mpg-rated 128bhp unit, the latter of which is available with a choice of six-speed manual or eight-speed automatic gearboxes. The petrol model also gets a six-speed manual, while the lower-powered diesel makes do with five forward ratios.

What do you think of the Vauxhall Combo Life? Let us know below...