Volkswagen claim the GTI goes from 0-62 in 6.4 seconds, which is about a second faster than the GTD. In this video review, we see what happens in an ultimate drag race.

On the road, the GTI is practically perfect, with beautifully weighted steering and tonnes of grip. The problem is though, it's just not that much fun - a Megane RS is much better in this department.

What about the GTD? Well, it's more or less identical inside the cabin, and the driving experience is similar too.

So which delivers the best blend of performance and economy? Well, for ultimate fuel economy, the GTD is hard to beat, and it's cheaper. But the GTI is hardly uneconomical, and the extra performance and sharper handling goes a long way, too. Watch the video review and see what you think. 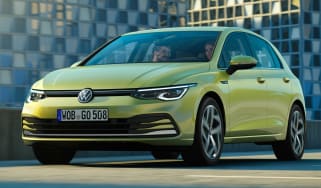 The new Mk8 Volkswagen Golf is on sale in the UK now in mid-range Life and Style trims, priced from £23,875
Visit/volkswagen/golf/108953/volkswagen-er1-concept-revealed-as-all-electric-race-ready-monster 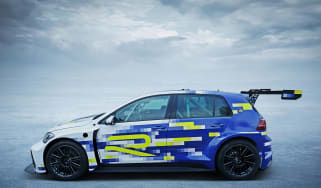 Volkswagen has shoehorned the all-electric powertrain from the record-setting ID.R into its Golf TCR racer
Visit/bmw/1-series/108242/bmw-1-series-vs-mercedes-a-class-vs-volkswagen-golf