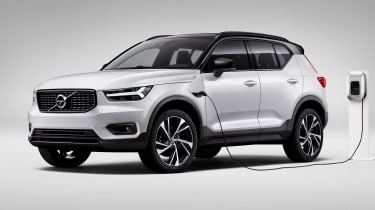 Volvo will offer a year’s supply of free electricity with any of its new plug-in hybrid vehicles purchased between now and 30 June 2020. The firm hopes this programme will reduce the tailpipe emissions of its PHEV range in the real world, by encouraging fleet drivers to use the electric portion of their vehicle’s drivetrain.

The offer is automatically provided to both private and business customers and each vehicle’s electricity usage will be stored on the driver’s smartphone using Volvo’s On Call app. The electricity costs for charging the car at home will be calculated from May 2020 and reimbursed to the customer the following year, based on the average UK electricity tariff.

In recent years, businesses have adopted PHEV cars as fleet vehicles, due to various government incentives such as grants (which have since been revoked) and tax reductions. However, research conducted by the fuel management company TMC shows fleet drivers are not charging their plug-in hybrid vehicles properly – often choosing to run them on petrol power alone, as it’s easier to claim the cost of fuel back from their employers. 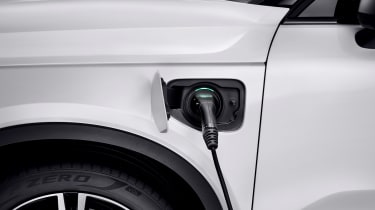 In 2018, TMC held data on around 1,500 plug-in hybrid vehicles. The company’s records show they had average real-world economy figures of 39.3mpg, which is more than 100mpg less than Volvo’s claimed WLTP figures for the XC40 T5 plug-in hybrid SUV.

Volvo hopes its latest incentive will encourage drivers to keep the batteries of their PHEVs charged. The brand’s UK Managing Director, Kristian Elvefors, said: “At Volvo, in keeping with our Swedish roots, we’ve always taken a keen interest in looking after the environment. Our recently stated ambition to become a carbon-neutral company by 2040 shows we are serious about addressing climate change.

“It’s crucial that we help our plug-in hybrid customers understand how they can make the most of their car’s electric potential. So, by meeting their electricity charging costs for a year, we can encourage them to develop the good habit of regularly recharging their car’s battery, as well as saving them money at the same time.”

Now read our run-down of the best plug-in hybrid vehicles on sale now. Let us know your thoughts in the comments below…