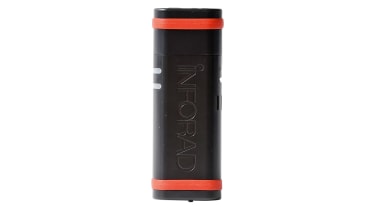 Inforad’S K3 is significantly cheaper than rivals, and that’s because it’s the most basic – relying on just two LEDs and two buttons. Camera accuracy is good and no spots were missed, but it’s a bit scattergun in its approach, picking up areas based on GPS rather than giving a distance countdown to a specific camera. There’s no way of telling what type of camera you’re approaching, either, but if you’re over the speed limit, it’ll beep and flash red. There’s no readout to show what speed you’re doing, and likewise no indication of what the limit is – even when approaching a camera.

Buy the Inforad K3 on Amazon