These small-scale but hi-tech remote controlled cars are much more than just boys’ toys. We pick the best from eight 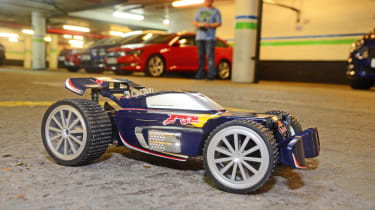 It’s easy to see why there’s such a huge market for remote control cars. It’s great fun sliding and drifting a miniature speed machine around a car park, plus there’s the challenge of performing stunts or racing friends.

We grabbed eight assorted RC cars with a variety of bodystyles, two and four-wheel-drive powertrains, brushed and brushless motors and varying battery types, and headed out to see which had the fun factor.

Most were good to go out of the box, although some are available as build-your-own kits, too, like the Monster Beetle or Honda City Turbo XB.

Speed and power aren’t everything in the world of remote-controlled cars, so our primary concern was how much fun each one was to drive. We preferred those with a good battery life, plus a tough bodyshell and underside that could stand up to punishment. Finally, we looked at value, with prices from various sources as went to press.

With such a great range of cars, it was hard to choose a winner, but Nitrotek’s HSP XSTR Buggy was such good fun we couldn’t put down the controller. The LRP S10 Twister 2 is the ultimate buy for the enthusiast, but it’s compromised by its high price and limited battery, while the brilliantly fun Tamiya Honda City Turbo comes in third. 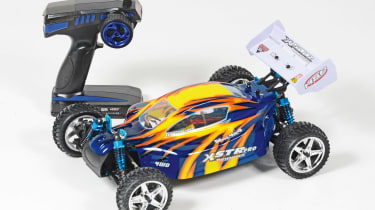 With such a low-slung body and only two-wheel drive, you’d be forgiven for thinking this buggy would struggle on the rough stuff. That’s far from the truth, though, and it set off across a muddy field at impressive speed, remaining totally stable on rough and bumpy ground. It’s fast and frantic yet controllable at full throttle, and once the fun ends, you can admire the beautifully constructed chassis. 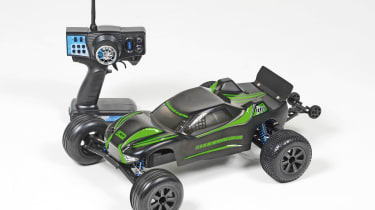 The most expensive car here is also the fastest, able to hit over 60mph. The LRP’s sophisticated suspension ensures it remains stable even at that speed, so you won’t have many embarrassing rollovers. It’s unmatched on rough terrain and puts up a decent performance on tarmac, too, although you’ll need a big area to lay down all that power. Battery life is an issue, however, and your fun will be over pretty quickly. 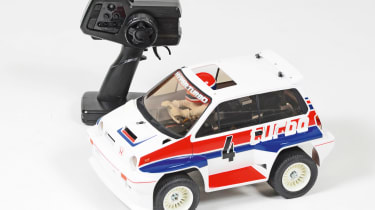 A short wheelbase and high centre of gravity mean that you won’t be using this car for any serious off-roading, but those same traits make it an absolute hoot on road or in a back garden. It pops wheelies at the flick of the throttle and teeters on two wheels around fast corners. Combine that with a fun kei car bodyshell and the whole package is very appealing. 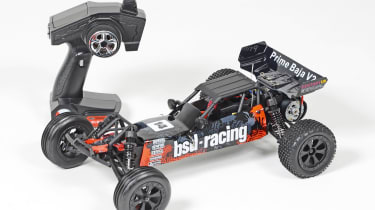 This model is also available with a more powerful brushless motor, and we suspect that might have been a five-star car, despite the higher price. Nevertheless, this model was completely stable at speed and brilliant fun – it’s certainly a chassis that can handle some serious power. It looks great, too, while build quality was right up there with the more expensive cars on test. 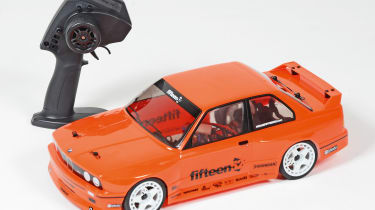 All-wheel drive and bags of power make this car unbeatable on the tarmac, able to drift and corner with complete control. Yet it’s only comfortable on a flat surface, lacking the ground clearance to cope with anything more taxing than a small bump. 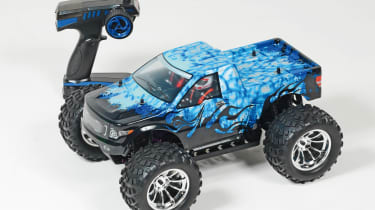 Like the XSTR, this monster truck has a low centre of gravity, keeping it upright on whatever terrain you can find, while the 4WD system means it’s never short of grip. But the chassis is lumbered with a slow, brushed motor – it could easily handle more power. 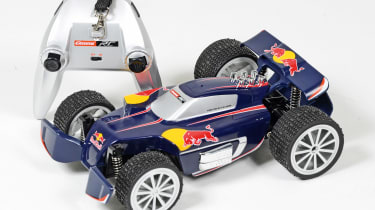 The cheapest car here won’t impress the more serious RC hobbyists, with relatively slow performance, a plastic body and rudimentary suspension. But it stands out as one you wouldn’t be frightened to use indoors. At this price, it works for young beginners. 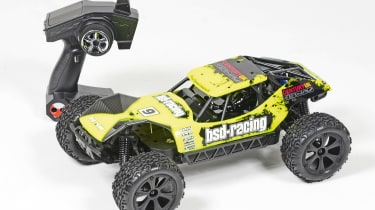 With a powerful brushless motor and 4WD, we were ready for this car to be unbeatable on the rough stuff. But right out of the box we noticed a loose front wheel. The chassis feels incredibly solid, although it did roll over when cornering with vigour. 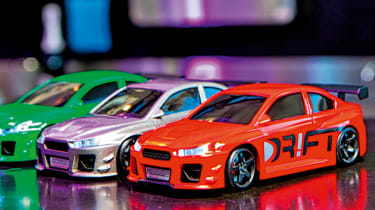 Pick up a DR!FT car and you’ll instantly notice the wheels aren’t connected to a motor. Instead, the drive comes from a central, rotating hub, which can spin in any direction – allowing for a remarkably realistic ‘drift’ effect. The controller app works well, with no delay and, amazingly, engine sound effects you won’t want to immediately mute.

As fun as DR!FT can be, though, it has drawbacks. The central hub doesn’t afford the car much clearance over rugs, cables and carpet pile – these cars are best enjoyed on the sort of smooth, flat surface often lacking in a family home. The action’s slow, too, and drifting everywhere can get tiresome. Plus, it’s £200 per car; for that you could buy any number of fantastic, outdoor RC cars.

Fancy some motoring fun that doesn't need recharging every few hours? Then take a look at our best slot cars group test.