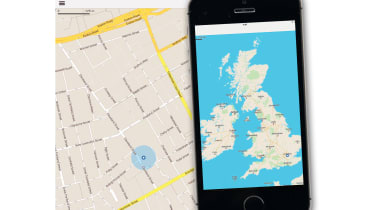 There are no in-app purchases to worry about with ForeverMap 2 – although you have to pay to download the app initially, all the maps are included in the package. It’s similar to rivals Google Maps and Apple Maps in its feel and layout, and also in that it mostly relies on an online connection for map data, with which it works best. But maps for certain areas can be downloaded for offline use, which is handy.