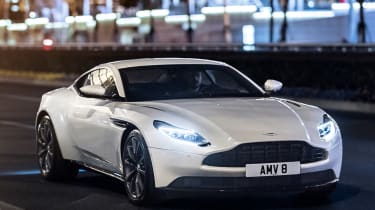 Aston Martin has added another feather to the new DB11’s cap with the introduction of a turbocharged V8 powertrain option, on sale now.

It’s the first car to benefit from a deal struck between Aston and Mercedes parent company Daimler AG – the German multinational purchased five per cent of Aston Martin in 2013, and speculation that the British brand could make use of AMG fettled powertrains has been feverish ever since. 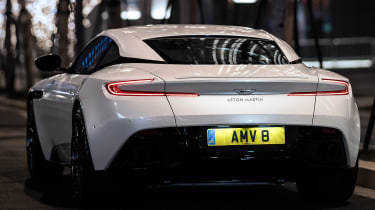 Unsurprisingly, the engine found under the bonnet is AMG’s trusty 4.0-litre biturbo V8, now used across a wide variety of Mercedes-AMG models. In the DB11 it gains a new air intake, exhaust system and wet sump, while Aston engineers have remapped the engine management system to give the unit a more distinct character.

Power is rated at 503bhp with 675Nm of torque. Despite the 97bhp deficit compared to the V12 powered DB11, the new V8 model is only one-tenth slower to 62mph, cracking the dash from standstill in four seconds flat. Top speed is claimed to be 187mph. It’s by no means a green car, but the downsized engine is more efficient and claims 28.5mpg with 230g/km CO2. 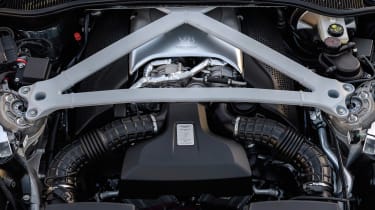 Visually there’s little to pick out between the two – the only subtle differences are new 20-inch wheels on the V8, alongside dark headlight housings and two vents on the bonnet rather than four. The interior is identical with the same trim options and equipment.

Would you pick the V8 version of the Aston Martin DB11 over the V12? Let us know below...