Meet the engines and powertrains of the Audi Q range (sponsored)

The Audi Q range is powered by cutting-edge powertrains. This is how they work 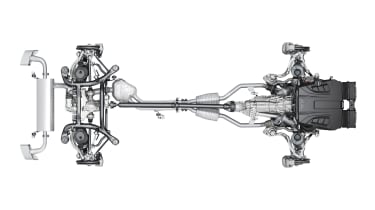 Audi customers demand the luxury of choice. They want and need to be offered a Q model which fits in with their needs – and that means they want an engine and powertrain which perfectly suits the way they drive.

It’s not just enough for the car to perform well, either – engines have to make the most efficient use of fuel and even ensure taxation is kept to a minimum.

So the choice of engine and gearboxes on offer in the Q range is simply enormous – from a 1.0-litre three-cylinder petrol to a 4.0-litre V8. In the Q2 alone there are 19 different possible engine and transmission combinations – five engines, two gearboxes and front or quattro all-wheel drive.

Whichever you choose, you can be assured that they are some of the most advanced powertrains in the world. The baby of the Q range is the 1.0-litre three-cylinder TFSI. Any reservations about the size of the engine are soon dispelled when you are behind the wheel, as the engine uses a turbo and direct injection to ensure maximum efficiency. The power output of 116PS is more than some 1.8-litre engines deliver, yet the light weight of the engine ensures the Q2 stays nimble and economical, with an official combined fuel consumption figure of 55.4mpg. 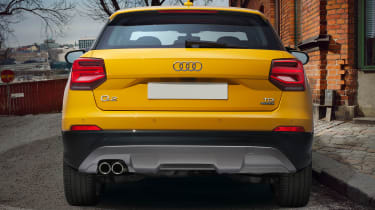 Audi’s gearboxes are just as innovative. A traditional six-speed manual is available on the small Q models along with an S tronic dual-clutch transmission with seven speeds for all engines. The S tronic is a remarkable, award-winning system which was pioneered by Audi and combines the economy and efficiency of a manual gearbox with the convenience of an automatic.

At the other end of the Q range is an equally innovative engine which has also brought silverware to Audi’s trophy cabinet. The remarkable SQ7’s 4.0-litre V8 has two conventional turbos, complemented by an electric-powered compressor – a world first.

This compressor pumps air into the engine to improve performance and efficiency. It works especially at low revs, when the two conventional turbos are yet to kick in and guarantees maximum responsiveness from low engine speeds without the ‘turbo lag’ which can be a characteristic of diesel engines.

As soon as the throttle pedal is pressed when the driver demands power, a special 48-volt electrical subsystem powered by a lithium-ion battery powers up the compressor in less than 250 milliseconds, enabling it to spin to 70,000 revolutions per minute.

The astonishing result is a massive 435PS from just 3,750rpm and a mighty 900Nm of torque from just 1,000rpm. Only supercars can match these figures, and none of those can also offer 39.2mpg average economy. 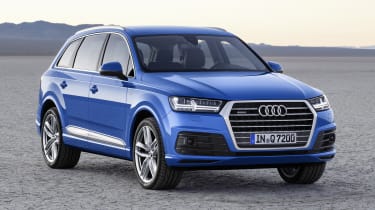 The SQ7 isn’t the only Q model with a battery. The Q7 e-tron features a hybrid system, creating Audi’s first ever plug-in hybrid SUV. The combination of electric and diesel power provides exceptional performance and allows the e-tron to operate as a fully electric car for up to 34 miles.

Perhaps the best-known part of the Q range’s transmission is the quattro four-wheel-drive system. Since the brand’s launch in 1980, more than five million quattro-equipped cars having been produced, all offering extra traction from a lightweight system.

The most modern iteration of quattro, offered in every Q model as standard or as an option, uses a combination of mechanical and electronic hardware to constantly monitor grip at every wheel and divert power to the tyres with the most grip. Power can be sent to individual wheels while the car’s brain puts the brakes on slipping wheels using the stability programme. All of this happens in a fraction of a second, meaning the driver never feels anything except confidence and sure-footed performance – whatever the weather.