It’s hard for a small car to fulfill the needs of every driver, we name the best 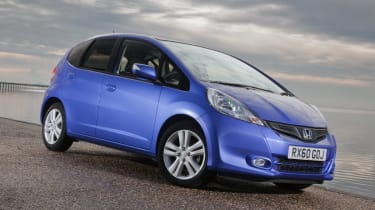 According to Britain’s motoring public, little has changed at the top of the supermini/city car chart in the last 12 months.

With the top three models remaining the same, it’s Honda’s evergreen Jazz that once again scoops class honours. A fantastic score of 88.15 per cent puts the Japanese model well ahead of the class average rating of 81.94 per cent. Drivers love its unquestionable practicality and brilliant build quality.

Second place goes to Skoda’s latest Fabia. While its 23rd position in the overall Top 100 shows that the smallest of models aren’t always the best all-rounders, compared to its peers the Czech supermini has proved its design and engineering quality.

The Fabia is closely followed by another Honda – this time the first generation Jazz which is still proving very tough to beat on the used market. Put simply, it offers a level of versatility that even to this day very few competitors have been able to come close to.

Nissan’s Note is included in fourth place. While it has far more MPV DNA in its make up than the models that have beaten it, a strong overall average shows there’s little the British built Nissan can’t do.

And in fifth place, Mercedes’ A-Class is flying the flag for premium badged small cars.

What you said: "Excellent interior space and good performance for its class. Fuel economy is also very good for an auto in this sector." - Honda Jazz Owner