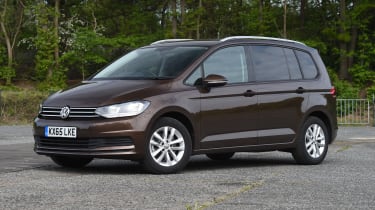 Just like a well stocked golf bag with a club for every shot, BMW now seems to offer a version of its 3 Series to meet every motoring whim.

However, BMW has come to the stylised four-door coupe sector a bit late. Audi’s A5 Sportback is well established as the class benchmark and although it’s now five years old it’s still a stylish and well rounded contender. So which of this pair will drive to victory?

Read the full reviews by clicking the links above, and find out the winner of this test by scrolling down... 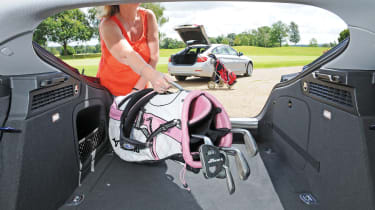 The 480-litre boot volume of the cars in this test is identical to the A4 and 3 Series saloons. However, the coupes’ wider hatch openings make it easier to load bulky items.

The 4 Series comes with a powered tailgate as standard, and can also be ordered with the optional smart-opener feature. This opens the boot when you sweep your foot under sensors mounted beneath the rear bumper, with the keyless fob in your pocket. 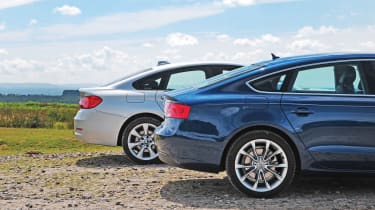 Coupe styling is defined by the sweeping roofline, and in profile these models have very similar stances on the road. The BMW’s roof is just 2mm lower than the Audi’s. Yet both cars’ hatchback tailgates have been neatly incorporated into the overall design and flow of the roof line.

BMW charges £1,550 for its smooth eight-speed auto, which lowers CO2 to 127g/km. The front-wheel-drive Sportback is offered with Audi’s multitronic CVT box for £1,480. Quattro versions can be ordered with the better resolved S tronic dual-clutch transmission. 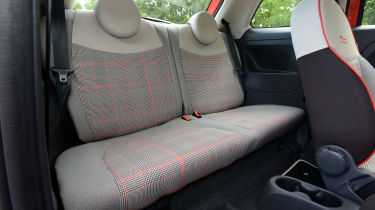 Unlike some niche models, the 4 Series Gran Coupe blends a really appealing mix of ingredients. It has the low running costs, engaging chassis, comfort, refinement and build quality of the class-leading 3 Series, plus it gives you the style of the 4 Series Coupe without compromising practicality. However, we’d go for the standard rear-wheel-drive version over the xDrive to curb running costs even further. 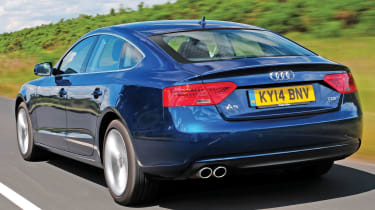 The Audi A5 has been the king of the executive coupe sector for a long time, but it’s beginning to show its age. It’s not as good to drive as the Gran Coupe, nor as smart inside, and it’s arguably not as stylish. However, the margins between these two are small, and the A5 Sportback remains an attractive proposition for those wanting a classy and more versatile alternative to a compact saloon.