We’ve collected the best roads our planet has to offer, so read on for the longest, highest, and twistiest ribbons of tarmac out there 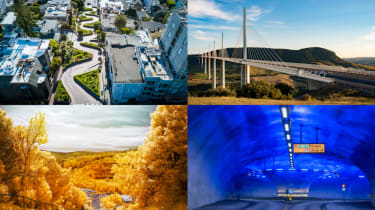 It doesn’t matter if you drive a £250,000 Lamborghini or a £25 Austin Allegro, as a motorist you rely heavily on roads. The majority of which simply get drivers from A to B with very little fuss, however, there are a select few roads which stand out as something more. Something special which can make motorists travel vast distances to experience and feel what these exceptional pieces of engineering have to offer.

The majority of the roads below have been verified by the Guinness World Records as the rightful rulers of their respective classes, but there are a few which are yet to be officially awarded world record holder status, but still deserve a mention for being utterly mind blowing in one respect or another.

Aside from showing the crazy places we humans have built roads, this collection of record-breaking roads stands as testament to the fact that that the world’s motorists still have a vast playground to enjoy one of the wonders of the modern word – the car. 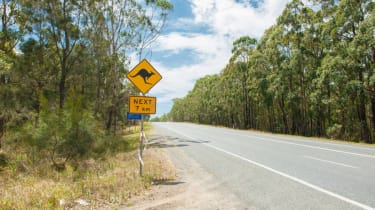 Highway 1 in Australia is the longest continuous road in the world. It circumnavigates the entire Australian mainland and lasts for roughly one service interval (9,000 miles). The mammoth circuit connects major cities such as Melbourne, Sydney, and Perth, along with a huge number of smaller towns. More remote sections contain mile upon mile of empty tarmac for you to enjoy. 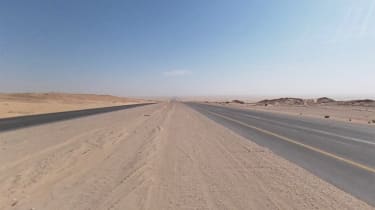 Highway 10, aka the straightest road in the world, is found in Saudi Arabia and was not born out of a desperate need to connect two cities, or even to open up a route for goods to be transported. No. It was originally built as a private road for King Fahd and connects Highway 75 to 95.

Clearly a man who did not do things in half measures, King Fahd’s Highway 10 runs for 149 miles and is claimed to take 2-hours to drive. Although, we wonder how strict the good King was with speed limits... 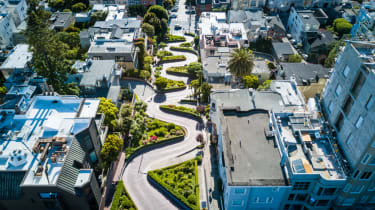 Lombard Street, found in San Francisco, was supposedly made to allow automobiles access to the buildings surrounding the street in the 1920s – the previous road there being too steep for cars of the time. Covering a mere 400 metre slope, drivers are faced with a 27% gradient and a sum total of 1,440 degrees to turn through. If, like us, you are thinking it would make an excellent hill climb, it is sadly subject to a 5mph speed limit. 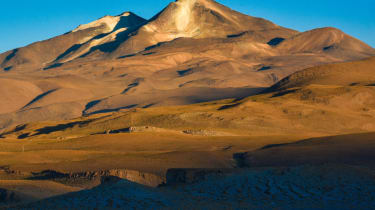 While there is no Guinness World Record holder for the highest road in the world, the Bolivian roads surrounding Uturunku (a dormant volcano) stake a convincing claim.

Coming in at nearly 5,790m (19,000ft) above sea level, there is a distinct lack of tarmac and more importantly, oxygen, but while few drivers will ever go to such motoring heights, the views on offer are truly sensational. 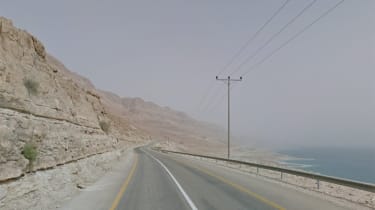 Meandering along the western Israeli shores of the Dead Sea is Route 90. The road plunges to 393m (1290ft) below sea level and is the lowest in the world. If you are planning a coastal road trip for the the scuba diving, this is maybe one to miss, mostly because the Dead Sea has such a high salt concentration that both fish and aquatic plants simply cannot survive. 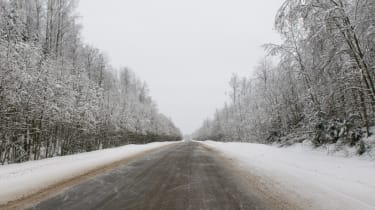 The chillingly named ‘Road of Bones’ is more formally known as the M56 and runs through the far east of Russia. Its name comes from the Gulag prisoners who died (and were consequently buried under the road surface) in making the 1,258-mile road.

What’s more, even if your heater manages to keep going in temperatures which have been recorded as low as -67.7 degrees celsius, there is a real and serious risk of being mauled by a bear. We advise against picnics on the M56. 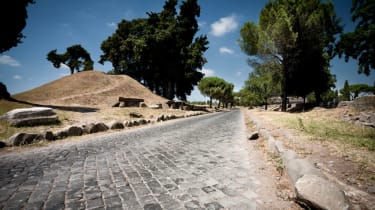 Road name: Via Appia, ItalyKey fact: Some parts as old as 312 B.C

Potholes, faded markings, and overgrown hedges are all signs of an old, dilapidated road which may have at some point been a glorious stretch of tarmac. There are old roads and then there are old roads, however, parts of the Via Appia, which is located in south east Italy, can be dated back as far as 312 B.C and are still in use today.

The road was originally made by the then Roman Censor, Appius Claudius Caecus, who laid it as a military road. Today, the remaining parts are visited by tourists from all over the world, but the best preserved areas are those sections close to Rome which are for use by pedestrians only. 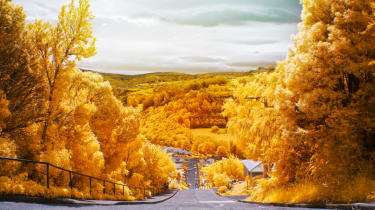 Baldwin Street in New Zealand, is the world's steepest paved road over a continuous distance of more than 10m. Running a length of roughly 350m (1148 ft), the road raises by 69.2m (227 ft) resulting in an average gradient of 1:5 – and a maximum thigh-busting gradient of 1:2.86! What is most impressive is that on Baldwin Street there are 34 houses, which presumably house some incredibly athletic residents. 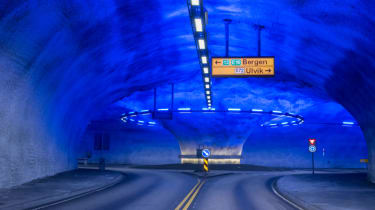 The Laerdal Tunnel in Norway sits on the the main road between Bergen and Oslo. Measuring 15.2 miles in length, it is the longest road tunnel in the world by nearly four miles and cost a reported $113.1 million to complete. Even though it is dwarfed by the longest rail tunnel (the Gotthard Base Tunnel in Switzerland is 35.5 miles long) it is arguably the place to go to unnecessarily drop a few gears and engulf yourself in some good old-fashioned engine noise. 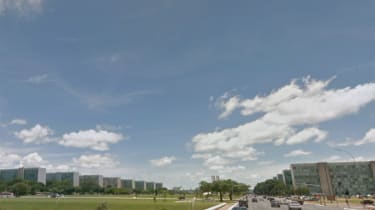 Monumental Axis takes the ‘widest road’ biscuit. Found in the capital of Brazil, Brasilla, the twelve-lane road is 250m (820 ft) wide and runs for 1.8 miles and joins together two Plazas. While this is very impressive, the road is helped by having a rather meaty central reservation, which pushes each six-lane section a considerable distance apart. 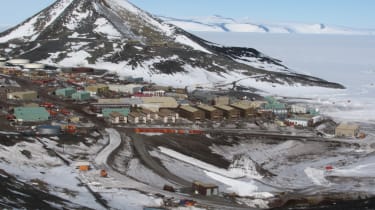 Road name: Road between McMurdo Station and Amundsen-Scott station, South PoleKey fact: it is unpaved, and made from graded ice

There is a road between the McMurdo Station and Amundsen-Scott station at the South Pole, which is made of flattened and graded ice, stretches for 900 miles, and takes a fully prepared snow truck 40 days to pull the sleds of fuel and supplies from one end to the other. While the travel time could be reduced in smaller vehicles, it goes to show the harsh conditions at the South Pole - somewhere plane trips are not possible in the Arctic summer. 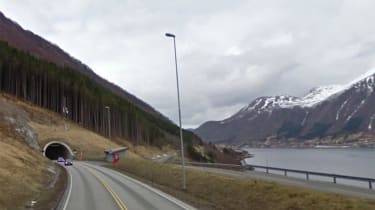 The Eiksund Tunnel, Norway, is the deepest road tunnel in the world sinking to a maximum depth of 287 metres (942 ft) below sea level. The £53 million tunnel connects Hareidlandet island to the mainland and runs for 4.8 miles. Interestingly, the gradient between its deepest point and exit is so steep (9.6%) it is almost twice the allowable gradient for such tunnels in the EU. 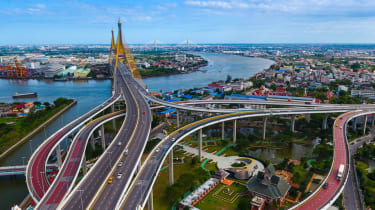 The Bang Na Expressway in Bangkok, Thailand is the longest road bridge in the world. Lasting for 33.5 miles, the bridge required a colossal 3.84 million tonnes of concrete to complete (equivalent to around 15 Wembley Stadiums) and cost an eye-watering £770 million to complete. Construction started back in 2000 with the intention of the new bridge alleviating some of the city’s congestion problems, and was completed five years later. 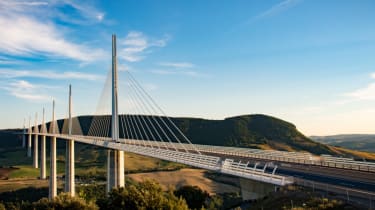 The Millau Viaduct in the Tarn Valley, France is the tallest bridge in the world with a height of 244.96m (803.67 ft) from the ground at its maximum. Designed by UK firm Foster and Partners, the 2,460m long bridge serves as part of the motorway which connects Paris with the Mediterranean region. The project lasted for 11-years, from the appointment of the project to Fosters, to the completion was 11-years and cost a total of £272 million.

Which of the record breaking roads would you most like to drive? Let know in the comments below.