Lots of new cars and concepts have been on display at the 2017 Tokyo Motor Show. Our experts reveal the best 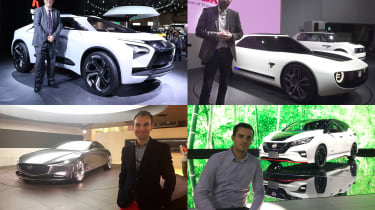 The 2017 Tokyo Motor Show has been a frantic operation, with several new cars and concepts being revealed at the Tokyo ‘Big Sight’ International Exhibition Centre. Our team has been working tirelessly across the stands, and now that things have settled down, they’ve had time to pick out the best cars of the show.

There has been plenty to choose from, with many cars vying for attention in Tokyo. Honda has pulled off the same trick it managed with the Urban EV Concept at the Frankfurt Motor Show, by revealing the similarly-styled Sports EV concept.

While there are no performance details available at present, Honda’s concept EVs demonstrate that electric cars don’t have to be without character; a reassuring thoughts for petrolheads.

Then there’s the Mazda Vision Coupe, which has impressed at Tokyo with its sophisticated style and gorgeous detailing. Though it won’t be going into production, we will surely see something similar to the KAI concept, which previews the 2019 Mazda 3. It too subscribes to Mazda’s ‘Kodo’ design language, and points towards an elegant future for the Japanese marque.

Nissan too has done its very best to grab headlines, revealing the Leaf Nismo Concept in Tokyo. The manufacturer says it would produce Ford Focus RS levels of performance and complete 0-62mph in under six seconds.

It may seem odd that Nissan would offer a hot version of what is supposed to be an economical car, but given that it has committed to boosting sales by 15,000 units globally using the Nismo brand, there could well be an appetite for it.

Those are just a handful of highlights from the show, but what did our team of experts think? Scroll down to find out… 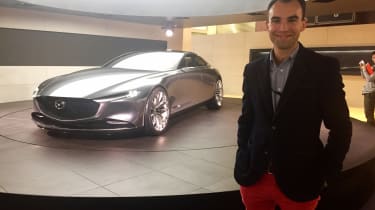 Anyone who knows anything about cars knows that Mazda creates some of the prettiest designs around. Mazda designers seem to have a different attitude to car styling than their European rivals – it’s more about beauty of form rather than sharp creases and ugly surfaces.

Mazda’s current line-up conforms to the firm’s ‘Kodo’ design language – a style that was created in 2010. But that was seven years ago and it’s time for Kodo 2.0. The new Kodo is more about elegance this time around and while it’s a shame the Vision Coupe won’t go into production as a high-end four-door coupe to rival the Audi A7, it’s a tantalising snapshot of how Mazda’s more humdrum models will look like over the next few years. It was easily the star of the show. 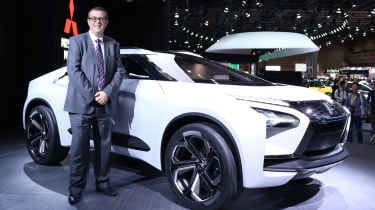 Mitsubishi’s e-Evolution concept is my Tokyo hit - not because I think the world needs yet another SUV (and a coupe-esque one at that) but because of what it represents. Three years ago this brand was pretty much on its knees. Now it’s part of the world’s largest car manufacturing group, along with Renault and Nissan, and under the guidance of canny Brit Trevor Mann, it has announced bold plans to invest heavily in new products, with more than 10 due before 2020.

There’s renewed optimism, then - and if cues from the ultra-angular e-Evolution end up on some of those new products (with Renault-Nissan oily bits underneath), this could be the show and the concept that mark a real awakening for the brand. 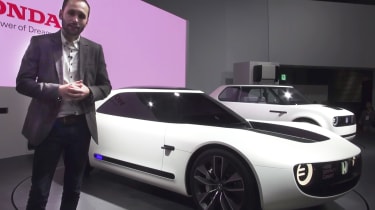 Honda once again hogged the Motor Show limelight this time with its Sports EV Concept. Bosses haven’t decided if they will build it but if feedback is positive it could be enough to persuade them to give it the go ahead for production. The Sports EV is exactly the sort of car Honda needs in its product range in order to give its European presence a much needed boost. And the brave new design direction the concept features appears to have unanimous approval - it looks fantastic. 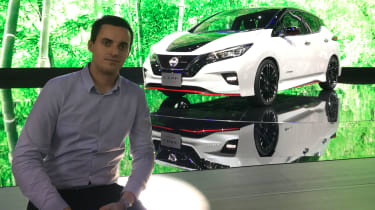 It might just be a concept – and it may not even come to the UK – but the very fact Nissan is showing a Leaf Nismo at the Tokyo Motor Show is a promising sign for car enthusiasts. The idea that the Leaf, which is known primarily for its environmental credentials, could realistically be offered with a hot variant, is a strong sign that the electric revolution can still serve those after a practical, good value performance car. The idea of a hot hatch EV greatly appeals, too – instant torque mixed with an uprated chassis could make a seriously entertaining Golf GTI rival.

What was your best car of the 2017 Tokyo Motor Show? Let us know in the comments section below!