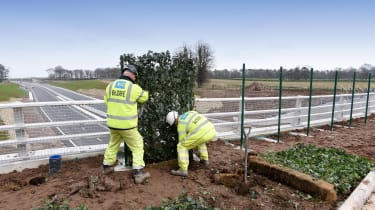 Mike Wilson, Highways England’s chief engineer, said as the Government-owned company rolls out £15 billion pounds’ worth of improvements over the next three years, it would do so while: “Creating different vistas, different environments for people to consider.”

Wilson said such an ethos would be a way of “stimulating the road user”, before adding: “You might argue they're safer because of it.” 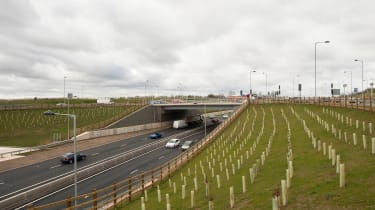 When asked whether he was worried drivers would be distracted by beautiful scenery, Wilson answered that pleasing views and “statement structures” such as the Angel of the North can “help [drivers] stay awake” and make them feel they’re “making progress on your journey", the Press Association reports.

Highways England has around 4,400 miles of motorways and major roads under its control, and has published a report titled The Road to Good Design. This highlights 10 key principles that should underpin new road-building projects, including one that explains: “The aesthetic quality of a road and its design in relation to the places through which it passes, is integral to its function and the experience of those that use it.”

The report says future road projects must be safe, intuitive to use and environmentally sustainable, while new projects should also “enhance a sense of place”.

Would pretty roads help you stay awake? Let us know below...