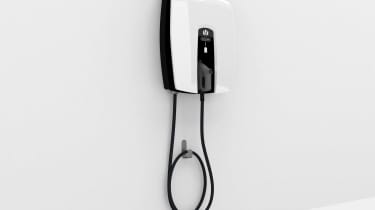 Energy supplier OVO has launched the world’s first bi-directional car charger, allowing EV owners to charge their cars and also feed power back into the grid, while getting paid for it.

The new wall-mounted 6kW vehicle-to-grid (V2G) charger will work with OVO’s smart app-based VCharge platform to manage energy to and from the car. It’ll charge the car when energy is at its cheapest and any surplus energy in the car’s battery can be sold back to the grid when demand is at its highest. Properly managed, OVO says that it could lead to zero charging costs for an electric vehicle.

Currently the V2G charger is only available for use with the Nissan Leaf and e-NV200 commercial vehicle, although other car makers are expected to follow suit with similar V2G systems on their electric cars.

For owners of other brands’ EVs, OVO has also launched a Smart Charger that works with VCharge to schedule charging for the lowest possible cost. VCharge is also claimed to improve battery longevity.

As well as the home chargers, OVO has launched a Home Energy Storage system that will take power from the grid or from a home’s solar panels and store it for most efficient use. It, too, will be controlled by the VCharge system and be made from new or second-life battery cells. OVO CEO Stephen Fitzpatrick commented, “Storage at the edge of the grid has more value than central storage. This will help transform homes into independent energy ecosystems.” 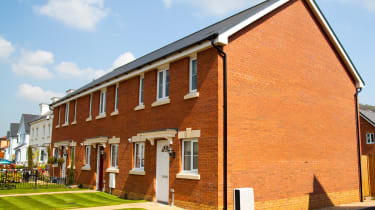 The new V2G chargers will only be available – free of charge – on a trial basis to 1,000 users from the summer of this year before being rolled out to paying customers. Prices will be available nearer that time.

Speaking about the V2G charger that can be used with the Nissan Leaf, Fitzpatrick said: “We’re enabling thousands of EV batteries to help balance the grid in times of peak demand, more renewable energy to come onto the system, and households to reduce their electricity bills.

“This is the first step in building the distributed energy system of the future. One that is truly customer-centric and built around households and their connected energy storage devices.”

Read our in-depth review of the Nissan Leaf right here...