With the demonisation of diesel continuing apace, Mike Rutherford ponders who should lead the fightback 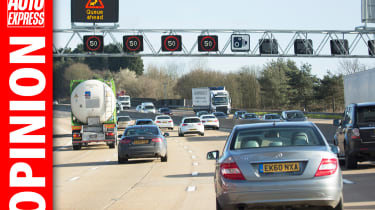 Never before has Britain’s automotive industry, the car retailing/servicing sector, plus the bruised and battered motoring public, been in more need of calm, considered, convincing leadership.

That leader might be a credible, charismatic individual with belief and passion for the job that needs tackling. More likely, I suspect, the requirement is for a powerful, well-connected, highly credible organisation with proven clout and significant funding behind it.

• Should I buy a new diesel car?

The job is simple: to take command, defend, support and give hope to demonised diesel cars, the brands designing them, the workers who build them and the motorists who buy them. After that comes the task of making these maligned vehicles acceptable again, or more acceptable than they currently are.

Well-funded ‘green’ groups, political parties, environmentalists and others have their say on the negatives of diesel cars. Fair enough. But where’s the pro-diesel movement convincingly and repeatedly talking, arguing and educating about the positives of medium to large cars and vans powered by the fuel? There isn’t one.

What started in 2015 as a self-inflicted debacle for Volkswagen opened the door for politicians on all sides to declare diesel cars public enemy number one. In shooting itself in both feet, VW cruelly wounded its smaller rivals, too. The crisis has morphed into a tragedy as JLR, Nissan, Vauxhall and others have started, or soon will start, dumping many innocent car/engine workers on diesel production lines. It’s disastrous.

In the obvious absence of the Society of Motor Manufacturers or the Retail Motor Industry Federation stepping up to lead and direct the pro-diesel cause, how about the AA or RAC (or both) seizing the initiative? They can do this on behalf of their millions of paid-up members (many of them diesel drivers), plus other disenfranchised motorists they might court as potential customers.

Alternatively, where are the trades unions in all this? Shouldn’t they be fighting to save car factory and dealership jobs, too? The oil giants have an obvious vested interest and can afford to start redressing the propaganda balance by using media advertising plus strategic PR campaigns to sing the praises of their state-of-the-art, efficient diesel fuels. But they aren’t.

That leaves Bosch to lead the Save our Diesel campaign. This huge, cash-rich firm has cachet and credibility, and isn’t afraid to talk about its continued belief in diesel, plus its valid concerns about pure-electric cars in the real world. It also claims it has the know-how to reduce diesels’ NOx emissions. Sometimes the best candidate is the not-so-obvious outsider. That’s Bosch.