The UK will obey the European Commission’s new road safety regulations, mandating speed limiters on all vehicles from 2022 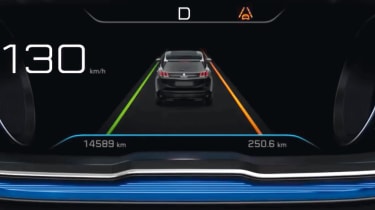 New cars sold in the UK will be fitted with mandatory speed limiters from 2022, after the Department for Transport confirmed it will follow a ruling from the European Commission on safety technology, regardless of whether the UK is in the European Union.

The limiters, dubbed Intelligent Speed Assistance (ISA), use traffic-sign-recognition cameras and/or GPS data to determine the speed limit in a particular area, automatically limiting engine power and a vehicle’s speed to the prevailing limit if the driver does not slow down to the limit themselves.

The ETSC only recommends a “full on/off switch” for the limiters should be included “to aid public acceptance at introduction”, indicating it intends to push for even stricter rules in the future. While it would be possible to override the ISA by pushing hard on the accelerator, the system would be activated every time the car is started.

The mandatory speed limiters will be introduced at the same time as a raft of other safety equipment, which includes data loggers, autonomous emergency braking, lane keep assist, a driver fatigue detection system, reversing sensors or cameras, and pre-wiring for alcohol interlock devices. All new models given type approval from May 2022 onwards will be required to have these systems, while models on the market prior to that date must have them by May 2024.

The UK’s type approval centre, the Vehicle Certification Agency, previously said it intends to mirror European rules post-Brexit, with European manufacturers unlikely to homologate vehicles specifically for the UK market. This approach has now been confirmed by the Department for Transport, which says it considers the limiters a "step change in road safety across Europe, including the UK."

The DfT added, though, that it expects the limiters "to give drivers feedback when the speed limit is exceeded rather than limiting the speed". This is contrary to the ISA briefing document prepared by the European Transport Safety Council (ETSC), which advises: "If the driver does not apply the brakes [when entering a lower limit], the vehicle would in any case slow down naturally to the new speed limit by reducing engine power."

The push for mandatory speed limiters has been spearheaded by the ETSC, which says the limiters will reduce traffic collisions by 30 per cent, and save 25,000 lives within 15 years of coming into force. Following political agreement from the European Parliament, Council and Commission, the proposals are now set to be formally approved by the European Parliament and Council.

Will you welcome the EU's mandatory speed limiters? Let us know your thoughts in the comments below...