‘Choice of apps could soon decide which car we buy’

With autonomous vehicles on the horizon, in-car apps could soon be a key factor when buying models, writes John McIlroy 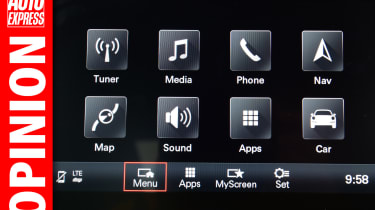 There’s a massive battle going on in the front of your car, and you may not even be aware of it. It’s the tussle for your data – and the right to turn it into money.

Conservative estimates suggest in-car data globally could be worth $750m (£555m) annually by as soon as 2020 – and that’s only the start.

The theory goes that once autonomous tech really kicks in, we’ll all have much more time to ‘do things’ while we’re in the car. Those activities have potential profits – and that’s why established firms like Jaguar Land Rover and the VW Group are investing in start-ups who can come up with the sort of apps and services to prevent us all from just handing over our car’s infotainment screen to Android Auto or Apple CarPlay.

Volvo is taking a completely different view, though. As its boss Hakan Samuelsson outlined in London last week, the firm is basing its next generation infotainment system on Android and integrating Google Assistant – so you’ll be able to interact with it and buy third-party apps for your car, much as you currently do for your smartphone.

Why give up the fight with the tech giants? Because, says Samuelsson, Volvo “isn’t clever enough” to compete. “You’ll have access to thousands of apps this way,” he says, “and they’ll all be better than the ones we would have written.”

It’s admirable, typical candour from the Swede. But it illustrates how this area of the cars we buy is going to become ever more diverse over the next five years. Indeed, it’s not a massive leap to consider a time, in the near future, where our choice of car could be as much down to which ‘app provider’ it gets us access to as it is our views on the engine, chassis or cabin.

Could in-car apps have a big effect on the best-sellers in the UK? Here is the top ten as it stands…