Buying a really cheap car can be a step into the unknown, but a £500 car could be the best bargain you ever pick up 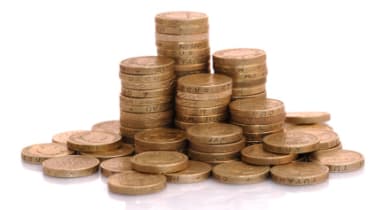 With so much new metal being revealed by car makers each and every week, it's easy to forget that there's a booming trade in used cars around the UK. What's more, there's a car for sale to suit almost every pocket, even if you're on the tightest of budgets.

While franchised dealers shift nearly new stock resplendent with warranty and breakdown cover that's just as comprehensive as you'll find on a brand-new motor, and independent outlets trade in slightly older metal that still has plenty of life left in it, the outer fringes of the used car trade and the world of private sales are where the real bargains can be found. Provided you’re careful.

Here we have a look at the very bottom of the market, and the cars that cost £500 or less to see if you can still get a decent motor for such a small amount of cash. Or whether you’re better off taking your £500 and setting fire to it?

Do a quick search online for cars costing £500, and you'll find a huge variety of machinery from as little as 12 years old, although not much of it will be particularly desirable.

You'll find cars from makers that no longer have franchise dealer networks and therefore no customer support, such as Chevrolet (Daewoo), Chrysler, Daihatsu, Dodge, MG Rover and Proton. Then there are the mass-produced models from mainstream car makers such as Ford, Vauxhall, Renault and Peugeot. These are the cars that have simply survived this far without significant mechanical or accident damage, serving as the most basic way to get from A to B with a roof over your head without using public transport.

The majority of cars costing around the £500 mark will have covered at least 100,000 miles, although this isn't necessarily an issue if a car has been properly looked after. But then a full service history will bump up an old car's value beyond a £500 budget - a £500 car is likely to come with a patchy service history, if any at all. 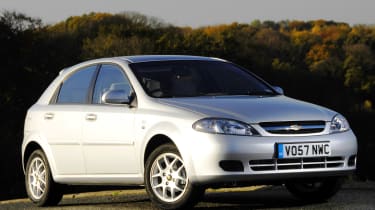 This part of the market is also where you'll find slightly more desirable cars that are non-runners or are Category C or D (now known as Cat S and N) insurance write-offs. These latter models could have suffered damage that was too expensive to repair by an insurer, but could possibly be repairable by someone with a basic knowledge of car mechanics and access to cheap replacement parts, from a scrap merchant, for example.

Obviously the initial £500 purchase price would be just the start of the financial outlay, and you could pay much more in repairs to get the car back on the road. In this instance, it's a good idea to do the sums to see if a car is worth the money, time and effort to repair before going any further.

Your best bet for getting a £500 car that's ready to hit the road is to check out your local small independent used car dealer. These businesses should have a steady flow of cars on and off their forecourts, and some will take in all kinds of second-hand car in part-exchange when selling a replacement vehicle. Usually, a used car dealer will want shot of an undesirable part-ex as soon as possible, so they will turn the car around quickly and re-sell it ASAP so they lose as little money as possible on it.

While most vendors are unlikely to stump up any kind of warranty - offering a car 'Sold As Seen' in an ad means you'll get exactly what you pay for - it's likely to have some MoT left, so you should have some time with it to learn what needs fixing before its next MoT test is due.

One tool in the armoury of the cheap car buyer which has become even more useful in recent years is the MoT test. If a car has passed an MoT, then it at least means the car is roadworthy. And as the MoT test needs to be carried out on a car every 12 months, it's worth seeking out a cheap car with a long MoT.

But today you can find out more about a car than the fact it simply has an MoT. From 2005, the DVLA has logged MoT test information online, and if you have the registration of a potential purchase, then you can head to www.gov.uk/check-mot-history and check its MoT history. 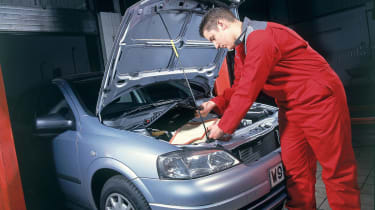 This will reveal the pass and fail record of the vehicle for every MoT from 2005 onwards, so will at least fill in some information about a vehicle's recent history, which is arguably more useful than a logbook that only has dealer stamps for the first few years of a car's life. Also included are technical explanations of why a car has failed its MoT, while the advisory notices are also listed.

• MoT and Tax, how to check a vechile has them

These advisories show aspects of the car that are in need of attention, but don't constitute an MoT failure. As long as they are addressed before the next MoT, then they shouldn't be anything to worry about. Again, the MoT history should be able to show that these advisory notes clear as they're fixed during the car's life.

The MoT history is a handy tool to raise alarms about potential future problems - if the notes reveal MoT failures due to wear and tear items such as blown bulbs, tyres or brakes, then there shouldn't be much to be worried about. However, if failures are due to corrosion, exhaust leaks or problems with a car's safety kit, then there could be more potential problems in the future. As we've said before, go in with your eyes open - if you feel confident that these are issues that you can address when they arise, then go ahead, but rust and corrosion can be difficult and expensive to repair, and this kind of work is unlikely to be worth doing on a £500 car.

One reason some cars end up costing peanuts to buy is because they're prohibitively costly when it comes to Vehicle Excise Duty (VED), otherwise known as road tax. From 1 March 2001 to 31 March 2017, road tax was calculated based on carbon dioxide (CO2) emissions, but that meant some mundane models suffered when the tax rates were designed to penalise more expensive polluters.

As a result, you'll find petrol-powered models with auto gearboxes that are cheap to buy, but for which you could potentially pay just as much again to tax every year, as the maximum rate payable is £555. If you're looking at a car registered between 1 March 2001 and 23 March 2006, then the maximum you'll pay is £315, but that's still two-thirds of the value of the potential buys we’re looking at.

A quick scan of the classifieds reveals the kind of cars you'll find that fall into this road tax trap:

Of course, while you're looking to spend as little as possible on a car, you should still beware of fraud and other pitfalls. The MoT check is a vital tool for any used car buyer, and while an HPI check might seem excessive for cars at this end of the spectrum, it could still highlight information about a used car that the vendor might be trying to hide.

Insurance write-offs will have their write-off category logged with the DVLA, so the write-off status of the vehicle will appear whe you do an HPI check. That's as long as the owner has reported the damage to their insurer in the first place. Sometimes an owner will simply get rid of a car because it's not worth reporting the damage to an insurer and losing their no-claims bonus, so they will sell the car on as it is. Sometimes if a scrap merchant or vehicle breaker has bought said vehicle, then they might try and re-sell it with a note saying the damage is 'Not Recorded'.

And remember, if a car is being sold at a bargain price that is too good to be true, then it probably is. If there's limited information offeredabout the car, there might be issues with it that the vendor is trying to hide. Have a good look around the car, check for rust and bubbling paint that's a sign of corrosion, especially in hidden areas such as underneath, in the wheelarches and inside the boot and engine bay.

As these are older cars with high mileages, then there's going to be some sloppiness in the controls. However, there shouldn't be excessive play in the steering (where you turn the wheel but there's a delay before the front wheels change direction) a slack gearbox mechanism, lots of clutch and handbrake travel or lots of slipping from an auto gearbox. 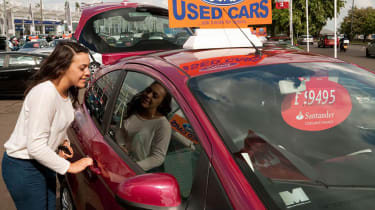 It's worth checking the electrics, too. If they all work, then there's less likelihood of the car having been involved in an accident. If you're handy with a soldering iron, then electrical issues may not be such a headache, but it could be costly to get electrics repaired at a garage. And as newer cars drop in price to the £500 mark, then there will be more complex electrics to deal with, too.

Something else worth checking is that all the wheels line up correctly. Any misalignment could be an indicator of accident damage, which could also cause more problems, such as excessive tyre and mechanical wear, further down the line.

And of course, the right documentation is vital. If the seller doesn't have the V5C registration document, then walk away. There's no guarantee that it's their car to sell, and even though you're paying around £500 for a car, that's still no reason to take the risk, as you could be out of pocket and minus a car if that turns out to be the case.

If you've had your fill of a £500 car, then you might want to consider selling it on. In this instance, if you put it through an MoT test, then that's going to make it more desirable. However, you could end up paying more than the car's value to get it ready for the road, so the best you can expect is to break even on the original price you paid for the car.

If the car fails its MoT and is prohibitively expensive to repair, then your best bet is to cut your losses and get the car scrapped. Scrap merchants will pay around £150 for a non-roadworthy car, plus you should get back any outstanding road tax and insurance you have on it.

Do you have experience of buying really cheap cars? Tell us your stories below...