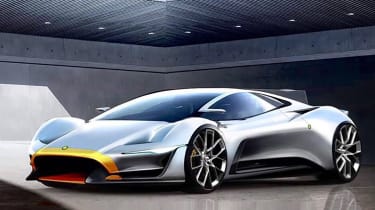 Lister has released a render of what could become the brand’s all-new hypercar – and it’s set to feature electric power. The image, which bears the caption “Lister EV super car research” shows a side profile shot of a low sleek coupe shape, which could compete with the likes of the Lotus Evija.

While details of the new model are scarce, the rendering appears to depict a car which, due to some wild aerodynamic addenda, will be a heavily track-focussed model. It’s most obvious to the rear of the car, where a huge rear splitter hints at extensive work to channel air as efficiently as possible beneath the car’s body.

The image, shown on the brand’s Twitter feed, bears a strong resemblance to a render released by Lister two years ago. Back in February 2018, Lister boss Lawrence Whittaker tweeted an image of what he called the Storm II, which features largely similar proportions and a dramatic shark fin engine cover. 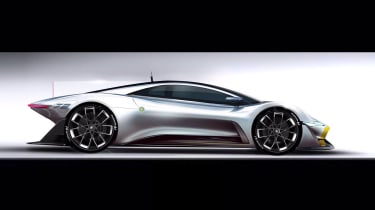 The Storm name pays homage to the original Lister Storm: a car which competed extensively in endurance racing back in the early 1990s, and was powered by a 7.0-litre Jaguar-derived V12 engine. This time around however, the render suggests that an electrified drivetrain will be chosen instead.

A hypercar built in-house has long been on the radar of the Cambridge-based brand. Back in 2014, Whittaker spoke to Auto Express about plans for a 1,000bhp McLaren P1 rival, which would boast a 250mph-top-speed. Back then, however, the plans were for a V12 petrol engine.

Do you think the Lister Storm II will become reality? Let us know in the comments below...