It’s fascinating to witness the car tech race that’s happening, says Steve Fowler - both for the driver and who’s getting there first 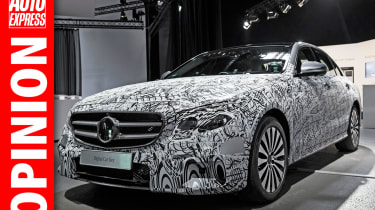 Hidden under the camouflage above is the most advanced car we’ve ever encountered – a car that you’ll be able to buy within the next 12 months. And it should come as no surprise that there’s a three-pointed star on the bonnet.

Over its long history, Mercedes has registered more safety patents than any other car company and has been first to market with everything from diesel passenger cars to ABS and airbags. 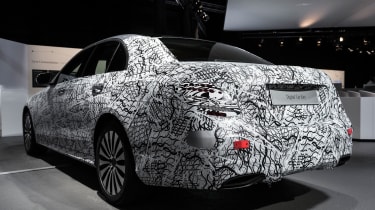 The new E-Class that’s hidden by the swirly camouflage above will blow you away with the technology on offer, almost making its bigger, more luxurious brother, the S-Class, seem old-fashioned!

Mercedes usually rolls its new kit down from bigger models to small ones, but such is the speed with which tech is developing, it can’t wait – so the E-Class is getting tech the S-Class doesn’t yet have. 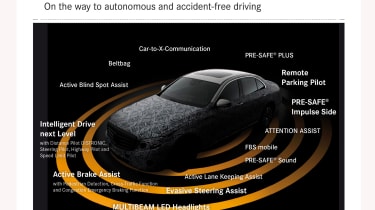 Here’s a taster: you’ll be able to open it with your mobile phone in your pocket rather than a key; you’ll be able to use your phone to park your car, too; semi-autonomous driving will make life easier for the driver on the motorway; and it can warn other cars of a potential hazard on the road ahead.

All that, plus it’ll help you avoid accidents and protect you better if an impact is unavoidable. 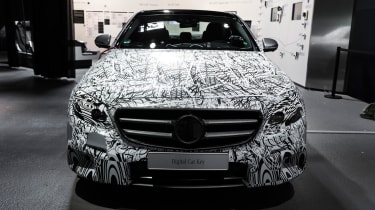 I’m finding this tech race fascinating, not only for the clever stuff that’s coming, but who’s getting there first. Let’s be honest, it won’t be long before what I’ve described above is commonplace in a great many cars – we have the pleasure of hearing every car maker’s grand plans, and many are singing the same (or very similar) tech tunes.

That’s because they use the same suppliers who are often providing the really clever stuff.

But there’s always one car maker that gets there first and, once again, it’s Mercedes leading the way.

Do you think Mercedes is at the forefront of new car tech? Let us know in the comments below...