Arthur Daley's Daimler Sovereign and Terry McCann's Ford Capri set to be auctioned off next month, for record prices 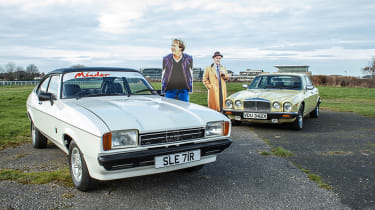 Two cars from the 80s TV series ‘Minder’ will be sold at auction next month. The Daimler Sovereign driven by Arthur Daley is expected to sell for upto £45,000 while Terry McCann's Ford Capri could make up to £85,000 when the hammer falls.

Arthur Daley’s famous car, a 1981 Daimler Sovereign, has recently been restored to its full small-screen glory. He drove it from series 4 to series 7 of the show (in between rather more sporty Jags and Mercedes). The ‘nice little runner’ comes with not only the glamour of the Daimler marque, but the connection to one of Britain’s most loved TV series. So loved was this car that in the mid-1980’s, it was nearly sold to George Cole himself before eventually being given away in a TV times competition. 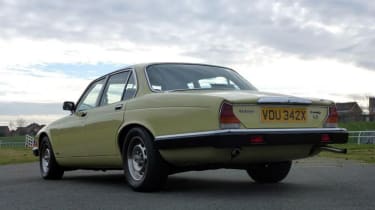 £5,000 worth of restoration work has seen the car re-finished in its original TV colours, along with significant mechanical fettling. With just 43,990 miles on the clock, it’s estimated to sell for between £35,000 and £45,000.

Sold along with the luxurious Daimler will be a two-litre Ford Capri driven by the titular Minder – Terry McCann, played by Dennis Waterman. Featured during the opening sequence as well as at various times during the show, the recently restored Capri shows 88,700 miles on the clock and is estimated to sell for between £65,000 to £85,000. 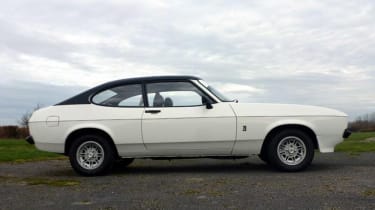 It’s believed the car came very close to being crushed in the past, but newly rejuvenated it’s set to break the world record for the priciest two-litre Capri ever sold.

H&H Motorcars, who will be selling the vehicles, know the value that a TV connection can give a vehicle. Just last year, it sold a 1976 Jaguar XJ12C with connections to the ‘New Avengers’ for nearly £70,000, despite needing a full restoration. They’ll be taking on the role of Arthur Daley and selling the two cars on April 20, though hopefully the practice will be more inside the law than Daley ever was.

Would you be tempted by a TV star car? Let us know in the comments below...