How to become a car designer

Many people aspire to be car designers, but few make it. We visit the Royal College of Arts to find out what it takes to get into car design 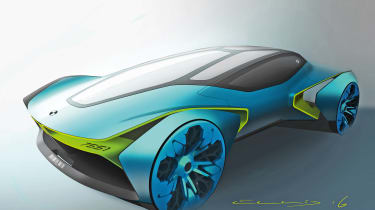 The swooping lines of an Aston Martin DB11, the brutal beauty of the Jaguar F-Type and the rugged brilliance of the Range Rover Sport; all are desirable cars and all are British-built. But there’s something else that links these machines: the men who designed them.

Marek Reichman, Ian Callum and Gerry McGovern are the expert car designers who crafted these vehicles, and all three cut their teeth on the car design course at the famous Royal College of Arts (RCA) in London.

Clearly these three superstars are at the very top of the car design world, and for any budding stylist it can seem a distant dream to be responsible for such a model – especially in an industry as competitive as automotive design. But you have to start somewhere, and Auto Express went along to the 2016 RCA degree show in Kensington, west London, to see what the current generation of students is producing, and also find out some of the challenges would-be designers face when they graduate. 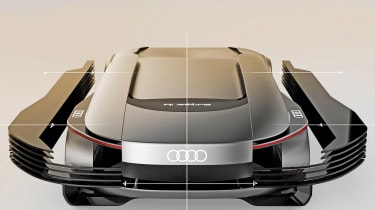 Walking past the rest of the degree show on our way to the transport design section highlights that the talent pool at the RCA is extremely high; there’s everything from an antique pinball table to a gesture-controlled robotic arm. This is only the tip of the iceberg, too, with designers at universities across the land all battling to be the very best.

Once we’re in the zone for vehicle design, it’s clear that the autonomous future and technology are taking centre stage. The 60-Minute car by Tom Ellis, which looks at taking away automobile ownership and saving space by assembling and reassembling parts between journeys, is merely one unique take on transport.

Many of the designs on display also include project tie-ups with manufacturers. The Land Rover Aegis by Matthew Robson and the Lexus LF-CS by Yuki Isogai are only two examples of how the RCA is already encouraging students to spread their wings in the industry. Despite the youngsters working with the big manufacturers during their studies, though, it doesn’t necessarily guarantee them a job – and RCA senior lecturer Matteo Conti tells Auto Express it’s a tough environment to get work in. 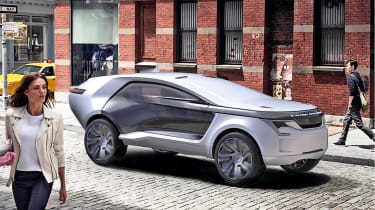 He says: “The demand is not as high as we would like it to be, and there are arguably too many design students graduating. It makes design as a career still extremely exciting but extremely competitive.”

So how do you make yourself stand out? Conti has a view: “The students’ work can be too vocational and they often spend too much time learning skills. The challenge is to produce something that’s justifiable. They’re not looking at what’s really required out there in the industry.”

It’s true, too, that while design courses are turning out first-class designers, there remains a shortage of homegrown talent – similar to, although much smaller than, the 5,000-strong engineering skills gap in the UK. And with prospective post-graduates having to secure funding, having already shelled out for a three-year degree before the RCA, there’s an argument that some of the very best designers may get lost along the way.

Conti explains: “Some graduates think you need to be a superhero to be accepted at the RCA, and because of that reputation sometimes students don’t think or feel they are good enough, even if they are. There’s a false perception that you need to be the perfect graduate to come here, but it’s not particularly the case. We don’t always look for the perfect portfolio.”

That’s never been truer than now, with autonomous tech and space-age cabins making their mark on mainstream models. Conti certainly sees a gap in the market where future designers could carve out a niche. “I think there’s a lack of vehicle interior designers. Most students are very narrow-minded and keep designing exteriors,” he explains. “But the actual part of the vehicle that is subject to massive technological changes is the interior.”

In order to promote that, the RCA looks into a whole range of different designers for its vehicle design course, often targeting furniture stylists or architects. Conti continues: “There’s a growing area within the industry that requires graduates who specialise in human machine interface (HMI) or those who’ve worked in the video game industry. It’s a massive shift in mentality. 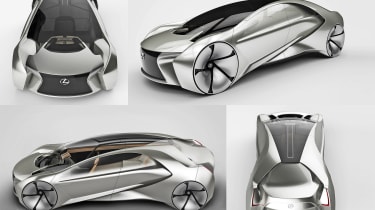 We try to be as open-minded as possible and combine designers from all different backgrounds.” So while you might have previously assumed that being able to produce a stunning image is the only way to become the next Ian Callum or Marek Reichman, this is no longer the case. Conti claims that he’d much rather have an open-minded student with real passion for a particular discipline, who’s totally dedicated and committed, than a refined talent who isn’t prepared to be “inquisitive” and learn.

Simply put, Conti says his brief as a lecturer at the RCA is to “break preconceptions and challenge stereotypes in order to produce leaders in the automotive and transport industry of the future”.

Given the illustrious list of alumni, it’s hard to disagree. The question is, do you have what it takes?

Callum says the UK punches above its weight when it comes to global design, helped by such a great heritage. He advises future designers to “never stop sketching”, adding: “It’s important designers are able to realise their ideas but above all think out of the box. Be creative and take risks.”

“Accept that we’re different! We talk a different language – pictures, not words,” explains McGovern, who believes ‘I love the way it looks’ must never give way to functionality. He adds: “Great design doesn’t exist in a vacuum. It must recognise challenges of engineering, manufacturing, sales.”

Reichman is visiting professor and was once on the course validation team. He says: “The RCA will look at your portfolio for your capabilities in alternative thinking; whether you have the thought process required for a creative in the world of cars.”

The man behind the original Audi TT is now top of the tree at Hyundai-Kia. He’s overseen the transformation of Kia’s styling since 2006, and says that design is about application, understanding and working within manufacturing parameters, and not all about “making something look pretty”. Of course, he adds, a love of cars and an artistic or architectural mind are “vitally important”.

Have you ever dreamed of designing your own car? Let us know below...