High scores for Renault and Subaru in latest NCAP tests

New Scenic and Levorg posted the full five-star rating, but lack of standard safety equipment is hurting other manufacturer’s offerings 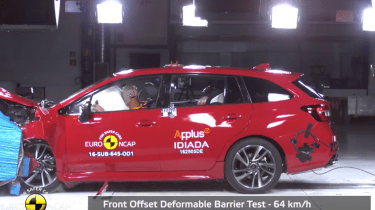 The latest set of crash test results from Euro NCAP have been released, showcasing a set of top scores for some models.

Possibly the most important new car tested was the all-new Renault Scenic. The French brand has a really strong history of building safe cars, and the new model will certainly reassure family buyers with a full five-star rating, boasting an 82% score in child occupant protection and a 90% score in the adult occupant category. 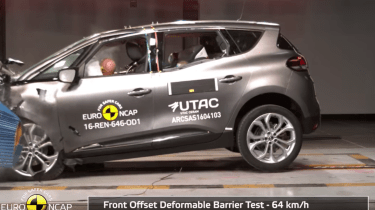 The Subaru Levorg has been around for over a year now, but its status at the bottom of the sales charts means it’s not been a priority for Euro NCAP to crash test. Now that it’s been put through NCAP’s stringent testing procedure, though, it’s gone through with flying colours, posting a full five-star rating with a 92% adult occupant score and an 83% child occupant score.

Both the Scenic and the Levorg fell down in the ‘safety assist’ category, which tests various active safety features like blind spot warnings and autonomous braking. The Renault Scenic posted a score of 59% while the Levorg didn’t do much better with just 68% - though these weren’t enough to downgrade the car’s ratings.

Two new cars that suffer from a lack of safety equipment are the new Kia Niro and the Toyota Hilux. Both of these cars have posted two NCAP ratings as part of the new dual rating system, which allows cars to be tested twice with and without optional safety equipment. Both the Niro and the Hilux scored the full five stars with their optional ‘safety packs’ installed, but when only fitted with standard factory equipment, the Niro was downgraded to four stars while the Hilux received just three. 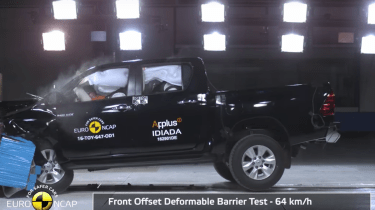 • What is AEB? Autonomous braking explained

These cars follow on from the Suzuki Baleno with their dual crash test ratings, but it’s a controversial system, as many feel that the car should be tested with only the standard safety features.

Outside of these features though, the news is good for both the Niro and Hilux, as they posted strong scores in adult and child occupant protection.

Did you specify optional safety equipment on your car? Let us know in the comments below...