What is ESP, and ESC on a car?

Since 2014, every new car in Europe has been fitted with Electronic Stability Control – but what is ESC, and what is ESP for that matter? 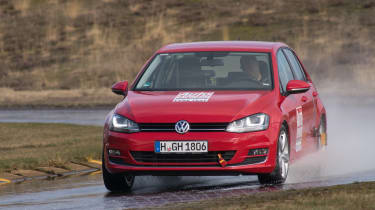 ESC (or ESP) is known for being one of, if not the, best modern safety feature for motorists. In terms of how well it is regarded, it has seatbelts and airbags to compete with, but apart from that Electronic Stability Control is in a league of its own. However, while airbags and seatbelts step in when things have gone properly wrong, ESC works behind the scenes to make sure the worst doesn’t happen in the first place.

In the interest of being thorough,  ESC stands for Electronic Stability Control and ESP stands for Electronic Stability Programme. They are one and the same, and even though two names for the same thing seems unnecessary, research has proven that the systems do help keep motorists safe.   UK statistics suggest that drivers reduce their chances of being in a fatal accident by 25 per cent by using an ESP equipped car. But our scandinavian neighbours in Sweden have gone one further, and claimed that drivers of ESP equipped cars are 32 per cent less likely to be involved in a fatal crash when driving in poor weather conditions

While crashing is not the cheeriest of thoughts, Electronic Stability Control clearly works.  The powers that be in Europe agree, as all new cars sold since 2014 have had to have the ESP tech fitted.

How do ESP and ESC work?

With new cars having such a massive range of electrical systems – each with its own indecipherable acronym – it is not in the least surprising that many people get confused. In this case the situation is not helped by the fact that a variety of acronyms are used to mean the same thing – depending on which manufacturer you’re talking to.

Adding a third dimension to ABS and Traction Control

Before you can have ESP, first you need ABS (Antilock Braking System) and TCS (Traction Control System). In their simplest form, these two systems work to keep the car under control when slowing down (ABS) or accelerating (TC), so are basically intervening in your car’s longitudinal dynamics.

ESP adds an extra dimension, as it intervenes in the lateral plane, working to correct unwanted sideways motion that could otherwise result in serious understeer or oversteer, and preventing lateral skids. At least up to a point, as statistics suggest ESP can only avert 80 percent of skidding incidents, although with skidding involved in 40 percent of fatalities on the road, it’s easy to see why ESP so improves outcomes. Even so, it’s worth keeping Scotty of the USS Enterprise’s words in mind: ‘Ye cannae change the laws of physics!’ 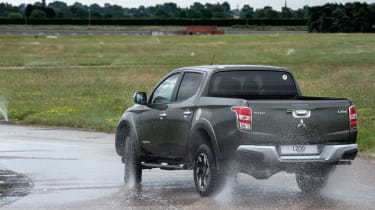 Extra stability while cornering with ESC

As ESP provides an extra layer of safety on top of ABS and TCS, you won’t be surprised to learn it uses much of the hardware from those systems to operate.

Using sensors to measure the speed of individual wheels, as well as information from lateral acceleration sensors and yaw-rate sensors, the ESP control unit is constantly monitoring the car’s sideways movements and relating them to the degree of steering wheel inputs.

If and when the car doesn’t respond to a steering input as expected – or if a steering or acceleration input is itself so great it begins to unsettle the car – then the ESP will brake wheels individually in an attempt to steer the car safely along the line the driver intended.

Because ESC is able to brake the car’s wheels independently of the pedal being applied, it opens the door to various other safety technologies. These include Brake Assist, where braking distances are reduced if the car senses the driver isn't braking as hard as they might in an emergency situation, and Hill Hold Control. The latter works by keeping the brakes on for a couple of seconds after the brake pedal is released during a hill start, thus stopping the car from rolling back.

Commercial vehicles fitted with ESC can have additional sensors that measure load weight and position, and adapt the ESC responses accordingly. This maximises the stabilising effect of ESC interventions however a vehicle is loaded, and ESC responses can even adjust ‘mid-incident’, should a load shift during cornering or braking.

ESP also provides a cheap and efficient tyre pressure monitoring system. Because it measures individual wheel speeds, ESP can tell if a tyre is losing pressure as it will affect the rotation speed of that wheel only.

Has your car's ESC system ever prevented you having an accident? Let us know in the comments...