Axe falls on Qoros plan to sell cars in Europe

Chinese brand Qoros won’t be coming to the UK, or Europe after all. With exchange rates to blame 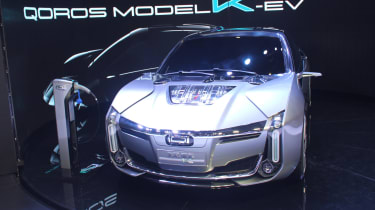 Qoros has shelved plans to sell its cars in Europe indefinitely. The Chinese brand made a splash at the Geneva Motor Show in 2013 and 2015 when it presented the 3 saloon and 2 SUV, with confident claims it would match European-built models for quality as it eyed sales here.

It even got as far as a ‘soft’ launch in Slovakia, with bosses predicting it would be in showrooms across the wider continent by this year.

But now it has admitted there is no imminent prospect of it coming to Europe. “The exchange rate has killed that idea for the time being,” design boss Gert Hildebrand, the former design chief of MINI, told Auto Express. 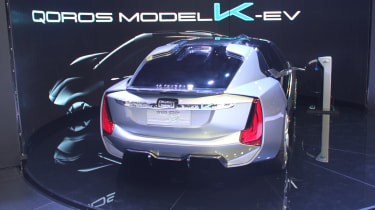 “We want to go where the money is, not where we have to convince people. And at the moment the money is in China.” Qoros sold 24,000 cars in its home market in 2016.

Auto Express understands that while the viability of a European presence will be constantly monitored, a more likely area for foreign expansion is South America, where joint venture partner Chery has a significant presence. 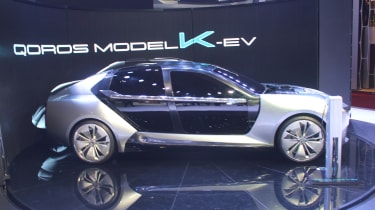 Styling highlights include a gullwing door on the driver’s side and a passenger door that opens conventionally or can be slid backwards, while carbon fibre is used extensively throughout.

The dramatically styled electric powerhouse is a concept car that has the likes of Faraday Future and US start-up Lucid Motors in its sights. And bosses are confident that their car will have the edge. “The advantage we have is that we are already manufacturing,” an insider told Auto Express.

Another concept is due at the Guangzhou Motor Show later this year, with production slated for 2019.

Are you disappointed to hear Qoros isn’t coming? Let us know in the comments…