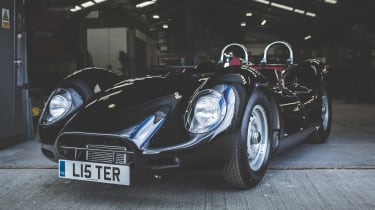 Classic British sports car maker Lister has revealed it plans to create ten continuation versions of its legendary Jaguar powered ‘Knobbly’ racing cars, which buyers will get their hands on in June 2018.

The historic marque has created continuation versions of the Knobbly before, though this fresh run of ten is slightly different – each vehicle is a dedicated road-going version of the racing car, which made its on-track debut over 60 years ago. According to Lister CEO Lawrence Whittaker, the new Knobbly “paves the way for more future road going Lister models”.

Continuation models are becoming popular projects for manufacturers with pedigree. In particular, Jaguar has stepped back in time on a handful of occasions with its ‘Reborn’ models. Reborn E-Types and ‘new original’ XKSS D-Types have emerged over the last couple of years as flagship projects for Jaguar Classic, and sister brand Land Rover has got in on the act with reborn versions of the Series 1 Land Rover and first generation Range Rover. 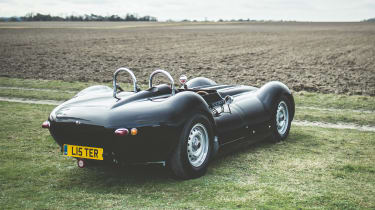 Lister stresses that its ‘new’ Knobbly isn’t just a classic body underpinned by modern mechanicals, but while the firm says it stays true to the character of the 1950s car, some changes have been necessary to make the car fully road legal. For instance, it’s fitted with a collapsible steering column, roll hoops, plus indicators and a rear fog lamp. In the cabin it gets a leather dashboard with push button switches and an array of warning lights.

Some of the 1950’s racecar design has been evolved to be suitable for the road too. The wheels don’t come with wheel spinner hubcaps for pedestrian safety, it sprouts rear view mirrors and the fuel filler cap has sunk to fit flush with the bodywork.

When full production of the cars begins this September they’ll be built using the original chassis jigs at George Lister Engineering in Cambridge, and three original Knobbly engineers have been brought in to oversee construction. The aluminium body panels are beaten by hand, taking around 500 hours to complete, while the 330bhp, 3.8-litre six-cylinder engine will be built to 1950s specification using newly fabricated parts in tandem with original Jaguar engine blocks.

The road-going Knobbly weighs 787kg and the 330bhp of the 3.8-litre engine is sent to the rear wheels via a four-speed manual gearbox. 0-62mph takes a claimed 4.3 seconds, and Lister claims a top speed of 181mph.

Are you excited about the new Lister Knobbly models? Let us know in the comments section below...