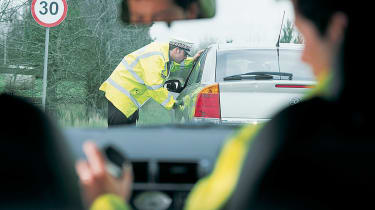 The town of Smethwick in the West Midlands is home to the worst drivers in the UK, it's official. That's according to the latest available data showing the number of motorists living there who've been disqualified from driving.

Figures from the DVLA for 2012 show that the percentage of licence-holding drivers in Smethwick who picked up bans was the highest of anywhere across the country.

Banned drivers made up 0.77 per cent of licence holders in the Smethwick area. West Bromwich was a close second at 0.73 per cent, tied with Barking in East London, which had the same percentage of drivers banned in 2012.

To calculate our figures Auto Express only considered towns or cities categorised by the DVLA that had a minimum of 20,000 licence holders. This was to ensure our data was robust.

London was home to the highest total of drivers banned in 2012, at 9,336. However, with almost 2,497,931 drivers holding licences in the capital, the percentage figure of 0.37 is small in comparison.

Below is our table of UK towns and cities with the worst drivers...

Do you live in one of the places with the best or worst behaved drivers in the UK? Tell us what you think about the driving in your area on Twitter, Facebook or in the comments section at the bottom of this page...