Super Bowl 2018: this year's best car commercials and the greatest from the past

Super Bowl 52 kicks off on 4 February, so here is our round-up of the best car commercials past and present to grace American television 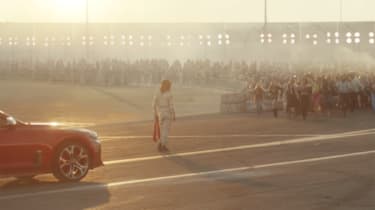 Super Bowl commercials are massive, for some they’re even bigger than the actual game. For members of the Auto Express team this is especially true for the car commercials, which are normally a veritable feast of cars, cameos and memorable storylines – an occasional dud is also a possibility.

The big domestic American manufacturers, such as Ford and GM, have tried to capitalise on the millions upon millions of viewers that tune in for years and who can blame them – last year’s Super Bowl drew 111 million viewers worldwide. In more recent times, more global brands, such as Kia, Audi and Toyota, have been trying to push their cars in the American market and beyond by captivating the Super Bowl audience with their big budget commercials.

Similar to the Christmas ads here in the UK, it has become something of a competition for car brands each trying to produce the best commercial and gain more exposure along with the bragging rights. It’s led to some genuinely impressive car ads in recent times with high production values and plenty of star turns.

Due to the enormous audience watching, companies need to stump up around $5 million (£3.5 million) for 30 seconds of air time during the Super Bowl. In 2016 Hyundai were rumoured to have spent around $30 million (£21 million) on just four adverts!

What time is the Super Bowl on in the UK?

If you are interested in watching the 2018 adverts live, or perhaps the even game, you are going to need to be committed. As the New England Patriots kick-off against the Philadelphia Eagles at 6:30pm Eastern time on 4 February, that’s 12:30am UK time on 5 February.

Fortunately, Hyundai, Kia, Lexus and Mercedes have released their adverts early, but already the subject matter covers everything from Marvel character appearances to competitions to win an actual car. So scroll down to see the best Super Bowl car commercials from 2018 so far and the greatest ads that came from Super Bowls past.

Hyundai my not be going as nuts with the budget as it did a few years ago, but its new advert plays on the fascination the American public has with the big game. Starring the new Kona SUV, a sunday league ‘soccer’ coach (the real football) deploys devious tactics to get back to his Super Bowl viewing plans as quick as possible.

Kia roped in the help of Aerosmith frontman Steven Tyler to promote the new Kia Stinger. The overall message is to ‘feel something again’ and buy the sporty 5-door. But this tale is told through Mr Tyler reversing quickly around a racetrack, winding back the clocks to his hayday while Aerosmith’s ‘Dream On’ playing in the background. Depending on how you look at it, it is actually quite sad.

Lexus drove into the Marvel Universe to create an advert for the LS 500, featuring the Black Panther, the main character from the aptly named film ‘Black Panther’. Lexus also revealed a special edition Black Panther LC 500 at the 2018 Detroit Motor Show, featuring bespoke graphics and claws on the wing mirrors.

Mercedes decided to do things a little differently this year and will be running a competition during the Super Bowl. Called the ‘Mercedes-Benz last fan standing’, the only thing players need to do to enter is download the app and keep their finger on the C43 Coupe for as long as possible. The last fan standing wins the car.

Audi came back in 2017 with another Super Bowl commercial, though with a different message to its 2016 ad. The important issue tackled was gender inequality, with an S5 as the hero car.

Another Audi R8 advert, but this time focusing on the Audi R8 V10 Plus. Audi featured an astronaut in the video to echo the fact amzing things happen when you challenge yourself.

The Audi R8 had previously appear in Super Bowl ads two years prior to the one above. As in 2014 Audi promoted the R8 supercar with a Godfather-inspired skit.

After 2016’s spending blowout, Hyundai neglected to create a series of adverts in 2017, and instead released a short film about U.S. soldiers being surprised with individual pods that fed footage live from the Super Bowl to TVs surrounding them, giving the service men and women the impression they were at the game.

The kicker? Their loved ones were actually at the stadium in the seats next to the cameras sending the footage to the pods, making it seem as though they were all sat next to each other.

Heading way back to 1994 (when Jeep was known as the Jeep-Eagle division) this ad later won an award at the Cannes Film Festival.

What better way to welcome in Mercedes' 2011 model range than with a great gathering of older models?

The Mirai played a starring role in Toyota’s Super Bowl 51 advert, with an emphasis on the car’s only emission – water. Whether the thought of saving lonely little daisies was enough to convince people to part with £66,000 for Toyota’s fuel-cell car, is someone doubtful, but it helped push the marque's green credentials.

One of the best-known Super Bowl car commercials, this Volkswagen ad from 2011 is definitely a memorable one.

Tell us your favourite Super Bowl commercials in the comments below - and keep an eye on this page as we update it with the best new Super Bowl ads!